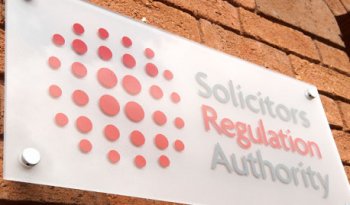 The Solicitor's Regulatory Authority (SRA) has removed a reference to the Law Society's controversial practice note on drafting 'Sharia compliant' wills from its from its ethics guidance on wills.

A spokesperson for the SRA, the regulatory body for solicitors in England and Wales, confirmed to the National Secular Society that it had removed the reference, adding that it had done so "in response to concerns that had been raised".

The SRA issued ethics guidance on drafting and preparation of wills in May, in which it advised solicitors: "If you are acting for clients for whom sharia succession rules may be relevant you will find the Law Society's practice note on the subject helpful."

In the practice note, solicitors are advised that under sharia "male heirs in most cases receive double the amount inherited by a female heir of the same class" and that "non-Muslims may not inherit at all".

The SRA is a public authority for the purposes of the Equality Act 2010 and is fully bound by the public sector equality duty (PSED).

The PSED requires public bodies such as the SRA to have due regard to the need to eliminate discrimination, advance equality of opportunity and foster good relations between different people when carrying out their activities.

In June, the National Secular Society called on the SRA to remove the reference, arguing that the body charged with setting standards for solicitors should play no part in legitimising religious codes as if they were law, or recommending guidance that encourages discrimination.

In an open letter to the SRA, the Lawyers Secular Society (LSS) called on the regulator to explain how, in endorsing the Law Society's guidance on sharia succession rules, it had discharged its PSED.

Solicitors acting on behalf of Southall Black Sisters (SBS) and One Law for All (OLFA) subsequently threatened legal action on gender equality grounds.

Responding to the development, the Law Society, said: "The Solicitors Regulation Authority has made no comment about the content of our practice note. We have no plans to withdraw the guidance."

Louise Whitfield of Deighton Pierce Glynn Solicitors, acting on behalf of SBS and OLFA, called on the Law Society to reconsider its position and withdraw the practice note now that the SRA has agreed to remove its own reference to it.

She added, "I am surprised that the Law Society considers that it did not have to consult with any women's organisations or organisations working with Muslim women, despite the fact that there are significant disputes surrounding Sharia succession rules and a wide range of interpretations as to how they should apply."

Keith Porteous Wood, executive director of the National Secular Society welcomed the SRA's disassociation with the Law Society's guidance, which he said "flew in the face" of the Regulator's Public Sector Equality Duty.

Mr Wood said: "The removal should be provoke some deep thought by the Law Society whose guidance appears to have been issued without any thought for the equality implications, or indeed whether the Society should be issuing what is essentially religious guidance."