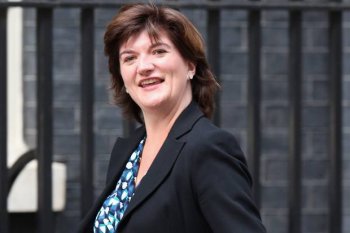 David Cameron has promoted conservative minister and prominent Christian Nicky Morgan to the position of secretary of state for education, replacing Michael Gove who had been in the role since 2010. Ms Morgan will also continue in her role as minister for women and equalities.

The new Education Secretary is an advocate of David Cameron's Big Society and her voting record shows her to be a very strong supporter of more autonomy for schools.

In 2010 she voted against against requiring academy schools to have a curriculum which includes personal, social and health education (including sex and relationships education).

Ms Morgan has also expressed that "as a Christian active in politics", she feels it is her "duty" to stop what she describes as the "continuing creeping secularism in Britain", which includes "attempts to end things such as a time for prayers at civic events". Such secularism, she feels, is not desired by many.

She has also argued that that Christianity and politics are not separable and are "interwoven in Britain" and has said that "we would all be poorer for any loosening of the ties."

She is a trustee and member of the Conservative Christian Fellowship, and has described the prominent place of her faith in her politics. She has described her role in Parliament as not only to serve her constituents, but "to remember the Word of God and serve the Lord."

Despite her position as equalities minister she voted against same sex marriage, partly because she could not reconcile it with her faith. She commented, "There have been plenty of little changes down the years, but what's never been changed is that the fact that marriage is between a man and a woman."

The appointment was criticised by former Labour MEP and equality campaigner Michael Cashman, who said it was "deeply worrying" that Ms Morgan has been appointed minister for women and equalities and secretary of state for education.

"At a time when our schools are increasingly being used to promote and instil particular religious beliefs in children and young people, what we really need is an Education Secretary prepared to question the role of religion in schools and not make children's autonomous rights subservient to demand from faith groups. It appears unlikely that we have that in Nicky Morgan.

The omens are not good, but rather than using her position to promote her personal penchant for Christianity, we hope Ms Morgan will work towards a more inclusive and fair education system and promote equally of esteem all children, regardless of their religious and philosophical backgrounds.​