Parents told faith school or no school by local council 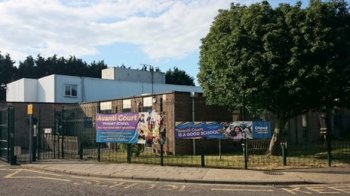 Eleven children whose parents refused places at a Hindu faith school in the London borough of Redbridge have been left with no school place for September.

Families of children allocated places at Avanti Court Primary School in Essex refused the places, saying the school's religious ethos is at odds with their own beliefs and values.

Redbridge Council has sought to evade responsibility for the lack of suitable school places by saying that none of the children would be of statutory school age before January. Under current law children in England must be in education from the term after their fifth birthday, but the law also allows for pupils to start school earlier.

Naz Qureshi, the Muslim mother of a four-year-old daughter from South Woodford, said: "I was gobsmacked and outraged when they told me I didn't get any of my six chosen choices of schools."

"I didn't want her to go to a Hindu school so I am surprised the council would think I would accept a faith school which I didn't even apply for."

Ms Qureshi told BBC Asia Network that the family would now have to consider paying for private schooling as a last resort.

Liz Beck, whose four-year-old son was due to start school in September told the BBC: "Culturally it's quite different and even though we don't want to shelter our son from other cultures, we feel it would be difficult for him to be in that environment where it's quite different from what we believe".

"I feel really angry and just let down, you would expect your child to get into a school they can at least walk too."

Research by the Department of Education recently found primary schools in Redbridge must expand by the equivalent of eight new schools to meet demand by 2018.

Like other local authorities, Redbridge Council does not take the religious ethos of the school into consideration when allocating places to local children. This year it offered places to 21 children whose parents hadn't named the school on their list of preferences.

Parents are not requested to state their religious beliefs when applying for schools via the local authority, but in correspondence seen by the National Secular Society, Redbridge Council say if parents explain their philosophical reasons for their preferred schools when completing their admissions applications, those reasons could be considered when identifying alternative school places.

Stephen Evans, campaigns manager at the National Secular Society, said: "It should come as no surprise that schools with a specific religious ethos have limited appeal to parents who don't share that faith.

"The presence of faith schools limits choice for many parents, and in this case, has resulted in no suitable places being available at all, leaving parents and children seriously disadvantaged.

"The focus needs to be on creating places in inclusive schools that serve the whole community rather than using public money to satisfy niche demands for schools that teach religion specific beliefs and values."