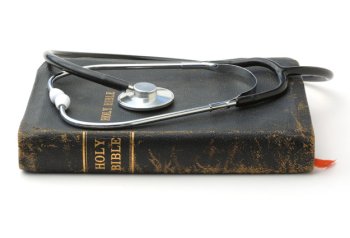 The head of a Polish public hospital has been dismissed for refusing on religious grounds to carry out an abortion on a woman whose unborn baby suffered from serious malformations.

An investigation found that Professor Bogdan Chazan, director of Warsaw's Holy Family Hospital, refused to perform or facilitate an abortion of a badly deformed foetus – citing a 'conscience clause' – but then declined to refer the woman to another hospital or physician.

The woman was eventually referred to another public hospital, but by that point she was five days past the legal 24-week abortion limit.

She carried the child to term, giving birth on June 30 only for the baby to die nine days later.

A report of the incident will be forwarded to the prosecutor's office, to determine whether a crime had occurred under Polish law.

Poland's strict abortion laws only grant women the right to an abortion before 25 weeks of pregnancy and if the mother's life is in grave danger, if the foetus is known to have severe birth defects, or if the pregnancy is a result of rape or incest.

The incident has reignited the long-running debate in Poland between conservatives and liberals over abortion, which along with homosexuality, contraception, and in vitro fertilization, is defined by the church as sinful.

Professor Chazan is reported to be one of 3,000 doctors and medical students who this year signed a "Declaration of Faith" affirming the Catholic church's teaching that all human life is sacred from the moment of conception.

The Roman Catholic Church given its full support Chazan.

Warsaw's Roman Catholic Archbishop, Cardinal Kazimierz Nycz, said that the sacking of Chazan amounted to a "dangerous precedent that hurt the rights not only of the Catholics, but of all people."

Meanwhile, a new survey by the Roman Catholic Church in Poland has revealed that Poles are turning away from the Church. Just 39% of Poles attended Sunday mass in 2013, representing a fall of around 2 million compared to ten years ago.