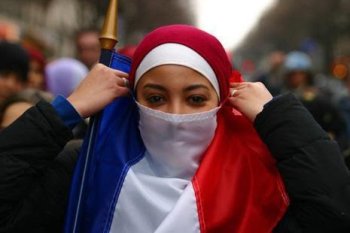 A 24-year-old French woman, identified by her initials 'SAS', had argued that the ban on wearing the veil in public contravened her human rights and led to discrimination on the grounds of gender, religion and ethnic origin.

The French law, which came into effect in 2010, prohibits the concealment of one's face, which includes the wearing of the niqab, in public places. People found to be contravening this law can be fined up to €150 and be made to take a citizenship class. Anyone found to be coercing a woman into covering her face risks severe penalties and anyone who wishes to enforce the ban can legitimately ask people covering their faces to cease doing so, and can take them to the local police station or magistrate if they refuse.

She said that she wore the veil willingly, both in public and private, but not all the time and did not experience any coercion. She also said she was willing to remove the veil for security reasons, but other than that wished to be able to wear it when she chose to do so.

The Court rejected her arguments, instead emphasising that respect for the conditions of "living together" was a legitimate aim for the French State to pursue and that its ban fell within this remit. The Court ruled that the State had "a wide margin of appreciation" regarding it general policy on the matter.

France had argued that the ban is based on "the legitimate goals it pursues, including public security" and that full-face veils are "intrinsically discriminatory against women".

Whilst the judges, who deliberated since late last year, agreed unanimously that the woman had not been a victim of discrimination, two of the 17 judges dissented from the majority view that the ban did not breach the Convention's provisions protecting the freedom of thought, conscience and religion.

When the legislation came into effect, the opposition argued that former President Nicolas Sarkozy's centre-right party was using it as a means of appealing to right-wing voters tempted by the National Front.

Last year a report by a French Government committee reviewing the issue of integration in France, called for an end to the ban, arguing that such restrictions were "discriminatory" and served to justify other restrictions that had been introduced by private companies.

Five months into the ban, the Guardian newspaper said that Muslim groups had reported "a worrying increase in discrimination and verbal and physical violence against women in veils". With cases of people attempting to rip off full-face veils and "bus drivers refusing to carry women in niqab or of shop-owners trying to bar entry".

The European Court's decision comes just after France's highest court, the Cour de Cassation, upheld the dismissal of a woman working in a crèche "serious misconduct" after she arrived for work wearing a veil.

A few British politicians called for full-face covering to be banned in public buildings in the UK last year after a judge ruled that a Muslim woman would be allowed to wear a veil in court but would have to take it off while giving evidence at her trial. 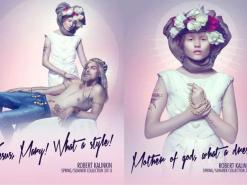 Lithuania violated the right to free expression by fining a fashion company for using religious imagery in adverts, the ECHR has ruled.