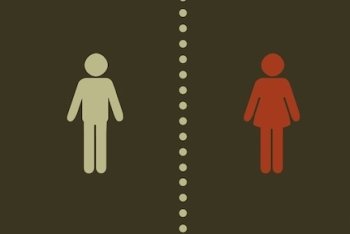 The National Secular Society has welcomed new legal guidance from the Equality and Human Rights Commission (EHRC) clarifying that – outside of religious worship and practice – gender segregation of university and campus events is unlawful and should not be permitted.

The EHRC intervention comes after Universities UK (UUK) published guidance relating to external speakers in universities which provoked controversy by suggesting that audiences might be segregated to accommodate the demands of religious speakers.

The National Secular Society argued that a speaker's right to free speech does not extend to him or her being able to insist that an audience be segregated on gender grounds.

In December 2013 UUK withdrew the guidance after the EHRC said that it thought the gender segregation aspect of the guidance was potentially unlawful and "needed clarification".

EHRC's new advice states: "Gender segregation is not permitted in any academic meetings or at events, lectures or meetings provided for students, or at events attended by members of the public or employees of the university or the students' union."

Although a speaker's religious beliefs may lead them to wish to address only a gender segregated audience, the EHRC guidance makes clear that, "any claim of religious discrimination on the basis of a refusal to permit gender-segregated seating would not succeed as the prohibition would be justified in order to prevent unlawful sex discrimination."

The commission has made clear that, while "genuinely" voluntary gender segregation is permissible under the law, it would be "impracticable" to demonstrate that gender segregated events were voluntary and free from the explicit or implicit implication that men and women should sit separately.

The guidance also notes that, "The provision of a non-segregated area within the lecture hall does not prevent that disadvantage arising to either gender."

The guidance highlights circumstances in which events or services may be segregated by gender or made accessible for a specific gender, including: "communal accommodation, toilets and changing facilities, sports and welfare provision together with the potential for positive action measures". Religious worship and practice are also exempt from the guidance as they do not fall under the scope of the Equality or Human Rights Acts.

Mark Hammond, Chief Executive of the Equality and Human Rights Commission said: "Gender segregation in our universities and higher educational establishments is a controversial issue as well as a complex area of the law. Universities, higher and further education institutions have a legal duty to ensure that all students, employees and members of the public can enjoy access to events without unlawful discrimination.

"The Commission's guidance will help higher education providers and student unions to understand their legal obligations and avoid the risk of discrimination due to a misinterpretation of the law."

The new guidance was also welcomed by Chris Malburn, President of the National Federation of Atheist, Humanist and Secularist Student Societies. He said: "Freedom of belief is a fundamental right, however, no-one should have the right use their beliefs to make demands that impact on the personal freedoms of others."

A spokesperson for Universities UK said it had updated its guidance, External speakers in higher education institutions, to take account of the EHRC's advice.

Over the course of 2013 the National Secular Society received a number of reports of gender segregated seating events at universities; including an event organised by the Islamic Education and Research Academy and held at UCL where, NSS Honorary Associate, Professor Laurence Krauss refused to participate unless the segregation policy was reversed.

Research carried out by Student Rights found that discrimination through segregation at student events has become a "widespread" trend at many UK universities.

Read the EHRC's guidance for universities and student unions