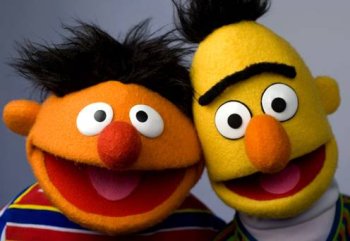 A Northern Ireland bakery run by devout Christians could face legal action after it refused to make a cake with a slogan that supported gay marriage for a customer.

Family-run Ashers Baking Company declined an order from a gay rights activist, Gareth Lee, who had asked for a cake featuring the Sesame Street puppets Bert and Ernie to mark International Day Against Homophobia and Transphobia at an event hosted by Alliance councillor and former mayor of North Down, Andrew Muir.

Following the bakery's refusal, the Equality Commission informed Ashers that they had discriminated against the customer on the grounds of his sexual orientation and could face legal action.

The Christian Institute is supporting the bakery's stance and is providing legal assistance.

In a statement on the Christian Institute's website, the firm's 24-year-old general manager, Daniel McArthur, defended the refusal on the grounds of conscience and argued that it clashed with the ethos of the business. He said, "The directors and myself looked at it and considered [...] that this order was at odds with our beliefs [and] with what the Bible teaches". He has also maintained "the main thing would be obeying God's law before we would obey man's law".

He noted that marriage in Northern Ireland "is defined as the union between one man and one woman".

Gay marriage is not legal in Northern Ireland; that situation is expected to be challenged this year in the high court in Belfast, with the possibility of the action going all the way to the European court of human rights.

Councillor Andrew Muir has backed legal action against the bakery, saying businesses should not be able to pick and choose who they serve. He added, "There would not be any debate if the cake had depicted an anti-racism or anti-ageism slogan, nor should it require intervention from the Equality Commission".

However, Nigel Dodds MP, Deputy Leader of the Democratic Unionist Party, has commented that, "Those who adhere so strictly to current equality legislation simply cannot ignore the growing conflict between such legislation and religious freedom".

He said, "There is nothing modern or progressive about a country that cannot ensure both equality and a tolerance for difference of opinion. It must also be possible to outline such differences of opinion without being lazily tagged as homophobic.

"The case re-opens the debate about how exactly religious belief is respected within the United Kingdom and the need for someone's conscience to be protected whilst ensuring that discrimination does not occur", Mr Dodds argued.