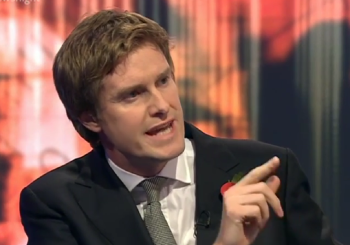 The shadow education secretary, Tristram Hunt, has called for more robust inspections to ensure all schools deliver a "broad and balanced" curriculum.

Mr Hunt said he was doubtful that some of the schools implicated in the so called "Trojan Horse" scandal were preparing their pupils to succeed in a multicultural Britain where faith can be only one component of modern identity.

Writing in the Sunday Times, Labour's shadow education secretary said: "It should no longer be the case that [schools] can strip out sex and relationships education, history, or religious education and still get an "outstanding" grade from Ofsted".

Mr Hunt accused Michael Gove's education reforms of creating a "fractured schools system" that has exacerbated the risk of Trojan Horse scenarios. He also warned of a "worrying pattern of religious interference by governors, attempted hijacking of appointments, syllabus restrictions and cultural conformity."

In addition to schools being judged on how they deliver a "broader conception of education", Mr Hunt said Labour would introduce a "director on school standards" to promote excellence in school standards at a local level, who would also be responsible for rooting out problems of leadership.

However, Mr Hunt again defended the concept of faith schools, saying "some parents choose to send their children to religious schools. That is a long-established tradition that will live on in our country."

But he said a balance needed to be struck to ensure pupils develop their cultural identities through an education system that "thickens rather than segregates society".

Stephen Evans, National Secular Society campaigns manager, said: "We very much welcome calls to ensure greater oversight and accountability, particularly in schools where the primary objective of those running the schools appears to impose religion on pupils.

"We note however that Mr Hunt had to appeal to "tradition" to justify the continued acquiescence to demands from religious communities for the state to fund religious schools. Cohesion is undermined by faith or denomination schools, particular those catering for communities that are themselves isolated from mainstream society.

"An inclusive, secular schools system, where children and young people of all different backgrounds and beliefs are educated together, is a far better way to fulfil the civic purpose of state education – which should include preparing children for their role as equal citizens of a multicultural, religiously diverse liberal democracy, and encouraging the development of children's autonomy."