NSS calls for statutory sex and relationship education in all schools, including those with faith-based ethos 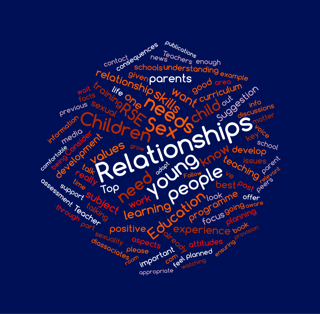 The National Secular Society has called for age appropriate sex and relationship education (SRE) to be made a statutory part of the national curriculum amid concerns that children and young people are not being guaranteed good quality SRE.

The NSS has submitted evidence to an Education Select Committee inquiry investigating whether Personal Social and Health Education (PSHE) ought to be statutory, arguing that it would like to see SRE made statutory with no permitted opt-outs or exemptions for any free schools or academies, including those with a faith-based ethos.

The Christian Institute, Campaign for Real Education, Family Education Trust and other predominantly religious groups have been producing reports intended to alarm parents and orchestrate an antipathy to SRE. The NSS, however, agree with Ofsted's warning that young people denied SRE of a sufficiently good quality are left vulnerable to inappropriate sexual behaviours and exploitation.

Research has shown that comprehensive SRE can help increase condom and contraceptive use, reduce the number of sexual partners people have, delay the onset of sexual activity, reduce the frequency with which people have it and the rates of teen pregnancy.

Within the context of a child's right to freedom of thought, conscience, religion and education, the NSS has called on the Government to ensure all children and young people receive impartial, evidence-based education about sex and relationships. The submission also raises the problem of homophobic bullying in schools where religious ethos has been found to be contributing to prejudicial and discriminatory views about sexuality and life-style choices. Notably, faith schools have been found to be less likely than other schools to take the necessary steps to prevent and respond to homophobic bullying.

The Sex Education Forum (SEF), of which the National Secular Society is a member, has launched the 'It's my Right' campaign calling for every pupil, in every school, to be guaranteed high quality SRE, as part of personal, social, health and economic (PSHE) education.

The campaign, which is supported by over 30 organisations and CEOs, shows how providing SRE as part of an entitlement to statutory PSHE would transform the subject. The SEF argues that statutory status would allow teachers to get the training they need to teach SRE most effectively. It would also mean that sufficient time is allocated in the timetable for the subject, in which real life issues, including respectful relationships, domestic violence and consent, are addressed.

Chair of the SEF, Jane Lees, commented: "For too long young people have been telling us about what they wish they had learnt in school about consent and relationships and how better knowledge of their body and sexual health facts could have kept them safer and healthier".

She called on all political parties to make a commitment to make SRE statutory; "standing up for statutory SRE is a move that political leaders can be proud of, and we know that young people, parents and teachers support it".