Vatican unveils figures on its punishment of child abusers 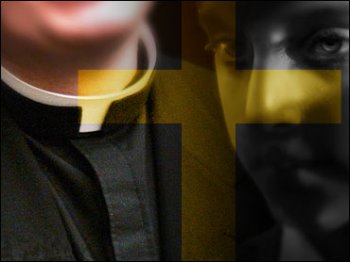 The Vatican has, for the first time, revealed how it has disciplined priests accused of raping and molesting children.

According to the Holy See's UN ambassador in Geneva, Archbishop Silvano Tomasi, over the past decade, the Vatican has defrocked 848 priests who were believed to have raped or molested children, and sanctioned a further 2,572 priests for lesser offences. Sanctions included "a life of prayer and penitence."

Overall all, according to its officials, the Vatican handled more than 3,400 cases of sexual abuse since 2004.

The figures were revealed during the Vatican's examination by the UN Committee Against Torture this week.

During the examination, Archbishop Tomasi admitted that it was only in 2010 that the Vatican explicitly told bishops and religious superiors to report to police any credible cases of abuse, where local reporting laws required them to do so. According to an Associated Press report, previously, bishops and religious superiors had been "shuffling paedophile priests from diocese to diocese rather than subjecting them to church trials."

The Committee demanded a response from the Vatican to claims that the Vatican had given refuge to a papal envoy accused of sex abuse. In January, it was reported that a request for the extradition of Archbishop Jozef Wesolowski, who faces accusations of sex abuse in Poland and in the Dominican Republic, was refused by the Vatican.

Archbishop Tomasi told the committee that there is no climate of impunity within the Church, and that "there is a total commitment to clean the house."

Campaigners and survivor groups have questioned this claim however, and highlighted the omission by the Vatican of any names or details of the child abusers sanctioned by the Church. David Clohessy, the director of the Survivors Network of Those Abused by Priests, said that whilst "every step towards more transparency about clergy sex crimes and cover-ups is good […] this one – the number of priests defrocked – is largely meaningless. Parents can't protect their kids from a number. What parents need are the names and whereabouts of child-molesting clerics."

Sue Cox, of Survivors Voice Europe, said in reaction to the examination: "The statistics of Tomasi are meaningless, he quotes meaningless figures but no names or details. He says our evidence of rape and abuse is "anecdotal" but churns out figures which cannot be verified.

"The Vatican simply cannot police itself. Even if it "cleans its house" and begins to adhere to the laws of the land, and even if we did see a change in safeguarding, we will still be left with hundreds of thousands of abuse survivors whose traumas are being ignored and trivialised."

During the examination, Archbishop Tomasi argued that the Holy See's obligation to enforce the UN Convention Against Torture (UNCAT) stopped at the boundaries of the Vatican City state, stating that, "The Holy See intends to focus exclusively on Vatican City state."

This attempt by the Vatican to evade responsibility for the actions of the Catholic Church elsewhere in the world, and draw an "alleged distinction" between the treaty obligations of the city state and the Holy See was rejected by the Committee.

One committee expert and director of the Jacob Blaustein Institute, Felice Gaer, said the Holy See had to "show us that, as a party to the convention, you have a system in place to prohibit torture and cruel, inhuman and degrading punishment when it is acquiesced to by anyone under the effective control of the officials of the Holy See and the institutions that operate in the Vatican City state."

Before the UN examination, the Vatican's chief spokesperson, the Reverend Federico Lombardi, had warned that it would be "deceptive" to link torture with the types of paedophile abuse committed by those in the Catholic Church. He called on the UN not give into pressure from nongovernmental organizations "with a strong ideological character" intent on framing the sexual abuse of minors as an issue of torture.

"The extent to which this is deceptive and forced is clear to any unbiased observer," Lombardi said.

In response, Sue Cox commented: "Frederico Lombardi has made it quite clear that he does not regard childhood clergy sexual abuse as torture as defined by the UN Convention against Torture. He even suggests that "ideological organisations" such as ours, are "deceptive". The pope also recently complained that the Church is being "singled out" and persecuted.

"Their PR machine is in full swing, but they contradict themselves and each other at every turn. This is a narcissistic organisation fighting to save its face, regardless of the damage caused to human beings."

Earlier this year, the UN committee on the rights of the child had expressed its concern that corporal punishment, including ritual beatings of children, remains widespread in some Catholic institutions, reaching "endemic levels".