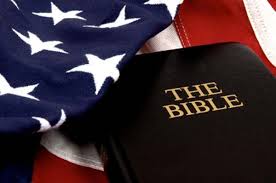 The U.S. Supreme Court has ruled that opening public meetings with prayer does not automatically violate the Constitution's ban on government endorsement of religion.

On a 5-4 vote the Supreme Court upheld the right of the town of Greece, New York, to open its meetings with mostly Christian prayers. The court found that sectarian prayer doesn't violate the Establishment Clause, as long as no religion is advanced or disparaged, and residents aren't coerced.

The court's decision was criticised by Rev. Barry W. Lynn, executive director of Americans United, which sponsored the lawsuit, and campaigns for the preservation of the principle of church-state separation. He said the decision "relegated millions of Americans – both believers and nonbelievers – to second-class citizenship".

"This ruling is out of step with the realities of modern-day America," Said Rev Lynn. "In a country where pluralism and diversity are expanding every day, a Supreme Court decision that gives the green light to 'majority-rules' prayer at local government is exactly what we don't need."

An opinion piece for the New York Times described the decision as "lamentable" and called the Supreme Court's ruling "a defeat for religious neutrality".

The Courts closely divided decision was split along ideological lines, with the conservative wing saying the prayers were acceptable, while the liberal justices said the prayers in question violated the First Amendment. The five justices in the majority were Roman Catholic. Of the four dissenters, three were Jewish and one was Catholic.

Justice Anthony Kennedy, the court's swing vote, wrote the majority opinion. He said the town's prayers were consistent with the high court's 1983 precedent in Marsh v. Chambers. That case made it clear that the long-standing practice of having prayers before State legislative sessions was lawful, based in large part on its historic nature.

"I respectfully dissent from the Court's opinion because I think the Town of Greece's prayer practices violate that norm of religious equality – the breathtakingly generous constitutional idea that our public institutions belong no less to the Buddhist or Hindu than to the Methodist or Episcopalian," she wrote.

Americans United sponsored the legal action on behalf of two Greece residents, Susan Galloway, who is Jewish, and Linda Stephens, an atheist. They objected to the town board's practice of inviting clergy to open meetings with predominantly Christian prayers that left them feeling unwelcome and alienated.

Town officials had claimed members of all faiths and atheists were welcome to give the opening prayer, but official records show that two-thirds of the prayers delivered between 1999 and June 2010 contained references to "Jesus Christ", "Your Son", "the Holy Spirit" or "Jesus".

In the UK, a landmark ruling at the High Court in 2012 found there was no lawful place for prayer during formal proceedings of council meetings in England and Wales, following a case brought by the National Secular Society.