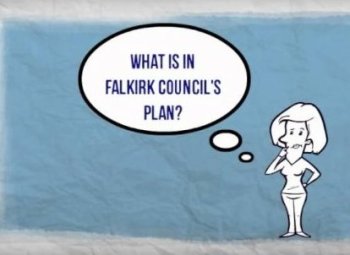 Falkirk Council has announced plans to change admissions policies for all its denominational (Roman Catholic) schools to ensure baptised children are given priority over other children.

Under the plans, only pupils that can demonstrate affiliation to the RC church by means of a baptismal certificate will be automatically entitled to enrol at their catchment denominational school. All other pupils will be required to submit a "placing request", and will only be accepted if places remain unfilled by children from Catholic backgrounds.

The unitary authority says that despite increasing denominational provision in the area, demand for places at Roman Catholic schools can no longer be met. It says without changes to the admissions policy it will be unable to fulfil its legal duty to offer a denominational education to Roman Catholic families.

Separate denominational state schools were established in Scotland as a result of the Education Act 1918, since when Roman Catholic schools have been fully funded by the Scottish Government and administered by the Education and Lifelong Learning Directorate.

Stephen Evans, National Secular Society campaigns manager, said: "It's incredibly sad that a mindset of 'our schools' and 'their schools' persists in modern Scotland.

"Here we have a situation where integration between children of different backgrounds is naturally occurring and the Local Authority is stepping in to ensure religious division is enforced.

"Surely children in Scotland being educated together, regardless of religion or belief background, is the best hope for a future free of religious bigotry."

A public consultation is now open and will run until 27 June 2014. Full details of the plans can be read in the proposal document (pdf).