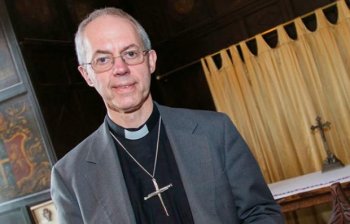 The National Secular Society has challenged the Archbishop of Canterbury, Justin Welby, over his comments that Britain is a "deeply Christian country" and that church schools are "a very good use of social capital".

Welby denied that anything like the religious extremism that is being investigated in some Muslim-majority schools could happen in CofE schools.

"The way it's done with Church of England schools is that it's an expression of our love and service to the community," he said. "People seem to choose these schools in large numbers. They are often in the poorest parts of the country, we seek to love and serve people, as we should, through these schools - and have done for hundreds of years.

The National Secular Society has pointed to some of the weaknesses in Archbishop Justin Welby's justification for church schools.

"As the Archbishop says, the fundamentalism found in some minority schools is not seen in the Church's schools, but his Church is also banging the religious drum as hard as it can. It has made clear that it intends to use them for evangelising.

"Mr Welby fails to point out that his schools, run entirely at public expense, prioritise proselytising over serving the population who are steadily abandoning his pews. For instance, the Bishop of Oxford, head of education at the Church of England has said: "The clergy ought to have a camp bed in [church schools], for heaven's sake! We don't have to bemoan the fact that our Sunday School has collapsed if there are 300 children at the local church school!"

"The often strict selection criteria in some CofE schools mean that they do not serve the interests of the local community but the interests of a self-selecting minority who are prepared to commit themselves to church attendance, whether or not they are believers. This is an abuse of privilege that the CofE exploits to the maximum.

"While Church of England schools exist, schools for other faiths must also be permitted. Faith schools are creating divisions and resentment in communities and the sooner they are put under community control the better it will be for everyone."

Mr Wood continued: "Archbishop Welby's self-serving claim that this is 'a deeply Christian country' is completely undermined by his own Church's statistics showing Sunday attendance declining from 3.4% of population in 1968 to 1.4% in 2012.

"The Church's Establishment is often used as a justification by those claiming this is 'a deeply Christian country'. But Establishment, which Archbishop Welby is understandably so keen to retain, is an anachronism which these statistics of decline show the CofE has no justification or entitlement to.

"The UK should abandon the dwindling group of countries with established churches."