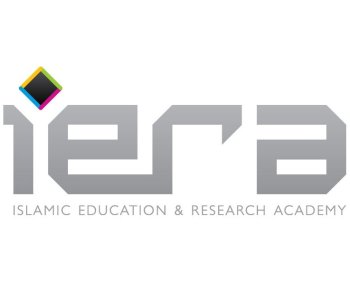 A report published by the Council of Ex-Muslims of Britain (CEMB) has accused the Islamic Education and Research Academy (iERA) of being a "soft Islamist" group, and has called for its charitable status to be withdrawn.

The iERA describes itself as an international organisation "committed to educating and informing humanity about, and inviting to, the truth and noble message of Islam."

The report published by CEMB, entitled "Evangelising Hate", accuses the group of using the rights language of diversity, tolerance and inter-faith dialogue to promote and normalise "Islamist values and norms".

The report details specific examples of hate speech practised by iERA preachers and calls for the group to be classified as a hate group because of its persistent promotion of Islamists who preach hate against non-Muslims, women, gays, progressive Muslims and ex-Muslims.

Launching the report, a CEMB spokesperson said: "Our fight is against the far-Right of all stripes and variations – be it Britain First or iERA – and in defence of the rights of all people, irrespective of their background, race, belief, gender, sexuality… to secularism, universal rights and equality."

The report has been welcomed by Gita Sahgal of the Centre for Secular Space.

"This excellent report lays out in gruesome and forensic detail the hate agenda of speakers associated with the iERA. They should never be legitimised as a charity or given platforms that treat their views as acceptable", said Ms Sahgal.

In a statement issued on its website, iERA described the accusations as "outdated and blatantly false". It accused CEMB of "spin" and said statements contained within the report had been "deliberately taken out of context".

Saleem Chagtai, Head of Public Relations at iERA, said it had rolled out a policy and procedure on extremism in line with the Charity Commission's recommendations. A statement also accused the report of failing to recognise "the tremendous amount of community work that iERA embraces as part of its core ethos."

A response to iERA's rebuttal of the report has been posted by CEMB spokesperson Maryam Namazie.

In 2013 iERA were banned from hosting events by University College London (UCL) after the group attempted to enforce a policy of gender segregation on attendees at a debate entitled "Islam vs Atheism". One of the speakers at the debate was Hamza Andreas Tzortzis, a founder and leading speaker of iERA and a former member of the Islamist group Hizb ut Tahrir.

Student Chris Moos, who attended the event, said he hoped the report would "serve as a wake-up call for both university and student representatives".

"Hopefully it will lead to a classification of the iERA as what they are – a fascist hate group on a par with the likes of Hizb-ut Tahrir, BNP and EDL", added Mr Moos.

The report is published just as the Charity Commission is investigating iERA over concerns about the charity's governance.

Organisers of a major conference on free thought say it has brought together "the largest gathering of ex-Muslims in history". 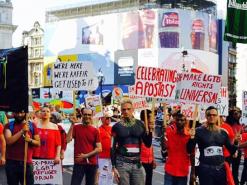 A prominent group of ex-Muslims are facing calls to be banned from future Pride marches in London after a mosque complained about their criticisms...