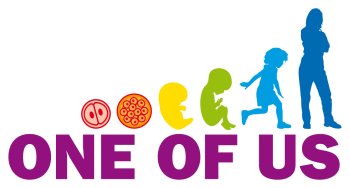 The European Commission announced this week that it was to take no further action on the 'One of Us' citizen initiative.

The initiative, which is a petition-based campaign that was organised and promoted by religious conservatives and officially supported by the Pope, sought a cut to all EU funding for embryonic stem cell research and IVF treatments involving the destruction of embryos.

The campaign also wanted an end to all EU funding for organisations that are involved in the provision of indirect or direct abortion or "abortion-related" services in low and middle-income countries across the world.

As was pointed out by NSS honorary associate and then-member of the European Parliament's Development Committee, Michael Cashman, during a heated debate on the initiative in April, the consequences of the initiative, if translated into EU policy, would have been devastating for women's health and lives and would have forced women to seek unsafe abortion services.

According to the World Health Organisation, an estimated 47,000 women die each year from complications related to unsafe abortion, with most of these unsafe abortions occurring in low- and middle-income countries.

Currently, the EU spends €120 million in development aid on maternal and reproductive healthcare a year. Between 2007 and 2013, the EU provided funding worth €156.7 million to stem cell research projects.

The EU Commissioner for Development, Andris Piebalgs, argued that the initiative went contrary to the international community's inclusion of "a specific target to reduce maternal mortality and achieve universal access to reproductive health as one of the Millennium Development Goals".

President of the European Humanist Federation, Pierre Galand, welcomed the decision, commenting that, "by rejecting 'One of Us', the Commission also clearly renewed its support for human embryonic stem cells research which remains one of the most promising fields for regenerative medicine, reproductive health and genetic disease research."

Introduced as a result of the Lisbon Treaty in 2012, a European Citizen Initiative lets one million or more EU citizens task the commission with consideration of new laws. Any initiative has to achieve a quorum of signatures from 20 of the EU's 28 countries in order to be debated.

The European Parliament discussed the 'One of Us' initiative in April, before it was passed to the European Commission who made the final decision on whether to proceed with it.

The 'One of Us' campaign constitutes the best supported citizens' initiative since 2012, with nearly 2 million signatories. Some 600,000 of those coming from Italy and 250,000 from Poland.

In response to the Commission's announcement, Gregor Puppinck, Director of the ECLJ, said that the Commission's decision that went "contrary to ethical and democratic requirements". He thought it likely that they would appeal the decision at the EU's highest court, European Court of Justice in Luxembourg.