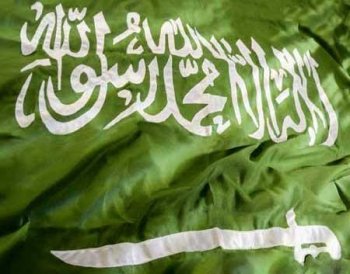 Saudi Arabia has called for all criticism of religion and of the prophet Mohammed to be made illegal in Norway. The call came during the United Nation's Universal Periodic Review (UPR) of Norway this week. The UPR is a process by which the UN reviews a selection of member states on their human rights performance.

Saudi also charged the Norwegian government with doing too little to counter criticism of the prophet Mohammed in the country, and failing to protect its Muslim citizens amidst a continuation of hate crimes against Muslims in the country.

Russia was also vocal in its criticism of Norway in terms of religious intolerance, calling upon Norway to do more to combat it.

Saudi Arabia is known for being one of the most restrictive countries in the world when it comes to freedom of religion or belief and abusing human rights. Amongst its plethora of oppressive laws, homosexuality is a crime punishable by death, women are not allowed to drive and are subjected to a medieval male guardianship system. Earlier this month, Saudi Arabia introduced a series of laws, which defined atheists as terrorists.

Last year, Raif Badawi, blogger and founder of the Free Saudi Liberals website, was sentenced by a Jeddah court to 600 lashes and 7 years in prison f insulting Islam.

In March this year, during the UN Human Rights Council examination of Saudi Arabia's UPR report, the International Humanist and Ethical Union (IHEU) spoke out on the plight of bloggers, such as Raif Badawi, who are charged with blasphemy and apostasy in Saudi Arabia.

Saudi Arabia's call for making the criticism of religion and of the prophet Mohhamed illegal in Norway, comes after it and other members of the Organisation of Islamic Cooperation (OIC) sought, for a number of years, to make defamation of religion a crime internationally.

Before the UPR hearing, Norway's' foreign minister, Borge Brende commented on the paradoxical nature of the UN Human Rights process. He said, "It is a paradox that countries which do not support fundamental human rights have influence on the council, but that is the United Nations,"

The International Human Rights Rank Indicator places Norway 1st and Saudi Arabia 205th. Along with Russia, Saudia Arabia was elected to the Human Rights council last year, amid condemnation from many Human Rights campaigners. Its term will expire in 2016.