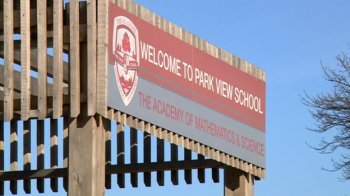 The National Secular Society has welcomed reports that Ofsted inspectors are to be sent to schools amid concerns that children are being radicalised and exposed to extremist ideologies.

According to a report in the Sunday Times, Education Secretary Michael Gove will instruct inspectors to fail schools where "religious conservatism is getting in the way of learning and a balanced curriculum."

15 schools in Birmingham have so far been inspected by Ofsted at the request of the Department for Education (DfE). The reports, due to be published after Easter, are expected to find a common pattern of problems in some of the schools inspected.

The move follows revelations of an alleged 'Trojan horse' plot by Muslim hardliners to seize control of community schools and non-religiously designated academies in Birmingham by forcing out unsympathetic governors and headteachers, with a view to ensuring schools are run on "Islamic principles".

The Government's investigation has now widened to at least 25 schools, following similar allegations emerging in Bradford and Manchester.

According to The Times, if enough of the schools inspected are judged "inadequate" by Ofsted, a second wave of snap inspections will take place.

The Department for Education said it was vital the investigations were "carried out impartially" and that it would be inappropriate to comment further at this stage.

"The investigations will be done over several phases over the next few months and will help narrow down the schools that require further investigation by the DfE and those that are deemed OK and not connected to the Islamicisation."

A parallel investigation is also being carried out by Birmingham City Council, and one academy school has had its financial arrangements reviewed by the Education Funding Agency.

Birmingham City Council last week announced a freeze on the recruitment of local authority school governors across Birmingham stating that the system was "not fit for purpose."

Earlier this month, Prime Minister David Cameron warned that "we will not accept any school being run by extremists or promoting extremist views."

Labour MPs said ministers should have dealt with the allegations more quickly.

Tristram Hunt, the shadow education secretary, said: "Michael Gove has demonstrated a shocking degree of complacency. His failure to act on the warning signs is putting the schooling of our children at risk."

Stephen Evans, campaigns manager at the National Secular Society, said: "We welcome the Government's robust response to these specific allegations, but it has a very long way to go before we can be confident that children's education isn't being compromised by groups with a religious agenda.

"The Government's enthusiasm for 'faith schools' means religious groups motivated by a desire to promote a particular brand of religion are being actively encouraged to open schools with public money. Allowing such sectarianism to become so entrenched in our state education system is bad for children and young people and bad for social cohesion.

"Only when we have an inclusive secular education system in which religious organisations play no formal role, can we be confident that our schools are properly focussed on delivering the best education possible rather than encouraging adherence to any particular religious belief."