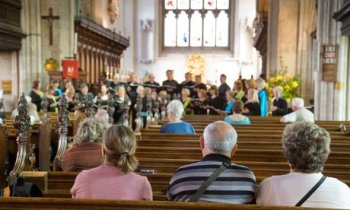 New figures have been released from the UK Data Service's "British Cohort Study", which has been following the lives of babies born in Britain during one week in 1970.

There are 9,841 members of the cohort still participating and they are now aged 42. They were questioned about a range of issues, including religion. The results give an indication of what is happening to religious adherence in Britain, and will come as a setback to those in the Government who insist that Britain is a Christian country.

Two-thirds of the cohort had a religious upbringing, while the other third did not. Now, though, only half of the 9,841 still claim to have a religious belief. All religions have lost support among the cohort, but the Church of England lost most.

Those raised in the Church of England represented 30% of the original cohort, but now represents only 20%.

Non-Christians among the original cohort were 3.7% and are now 4.3%.

Three quarters say they never or rarely attend a religious service, while 10% claim to go monthly or more (somehow many of this 10% don't show up in the churches' own counts of attendance). Membership of a religious group or church is claimed by 7%.

22% say they don't believe in God with a further 14% saying they disbelieve in a "personal God"; those uncertain about whether God exist amount to 21% (that's a total of 57% atheists or agnostics). Only 12% definitely believe that God exists.

Half agree that "people with strong religious beliefs are often too intolerant", with only 14% saying the opposite. More than 67% agree that around the world, religions bring more conflict than peace, 11% don't agree with 22% expressing no opinion.

Terry Sanderson, President of the National Secular Society, said: "This is a fascinating study, giving a snapshot of what life in Britain has been like for those born at the beginning of the seventies. The religious component reflects, I would think, the lives of many Britons who are part of what is, in effect, the first generation to have truly been given the opportunity to make up their own mind about religion.

"The results are not encouraging for the churches and should send a warning shot over the bows of politicians who think they can use religion as a control mechanism."

These figures were first reported by British Religion in Numbers.