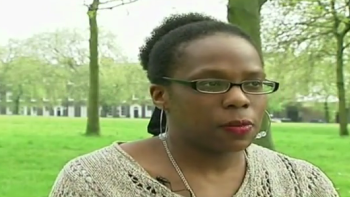 The Christian Legal Centre (CLC) is launching yet another attempt to gain privileges for Christians in the workplace – and calling on David Cameron to put his supposed "evangelical Christianity" into action over the case.

The latest case revolves round a Christian woman, Sarah Mbuyi, who worked at Newpark Childcare in Highbury, North London. She is claiming that she suffered religious discrimination after being dismissed from her job.

Ms Mbuyi, an enthusiastically evangelical Christian, was fond of talking about her faith at work. Eventually – according to the account provided by the Christian Legal Centre - she came into conflict with a lesbian colleague over the issue of what the Bible says about homosexuality.

Miss Mbuyi said: "When I said no God does not condone the practice of homosexuality, but does love you and says you should come to Him as you are, she became emotional and went off to report me to my manager."

According to the CLC, at an internal disciplinary hearing, Ms Mbuyi was confronted with her colleague's allegations and was asked if she would read a story to the children at the nursery which featured same sex couples. Ms Mbuyi said she would have to refuse to do this.

The account of events provided by the CLC and Ms Mbuyi were reported with no balancing comments by the Press Association and were carried uncritically in the Telegraph, the Guardian and on the website of Day Nurseries UK.

Terry Sanderson, President of the National Secular Society, said: "This case appears to be following a very familiar pattern. The Christian Legal Centre puts out its completely one-sided version of what happened, safe in the knowledge that the other parties involved will not be able to contradict it because employers are constrained by confidentiality until it comes to court.

"Consequently, the Christian Legal Centre's version is accepted as correct and becomes part of the Christians-are-being-persecuted narrative. When the issue reaches the employment tribunal or court, a very different account of events usually emerges, resulting in the case being thrown out. This element is always largely ignored by the press.

"Almost all the cases brought by the Christian Legal Centre have failed because the claims of discrimination just did not stand up under examination. But the tactic of rushing out a partisan version of events, and having it reported uncritically by a compliant press, ensures that the perception is created of Christians being unfairly treated and discriminated against at work."

Andrea Williams, barrister and chief executive of the Christian Legal Centre, as usual used the case to call for Christian privilege. She said: "Sharing Biblical truths out of genuine love and concern for colleagues is being outlawed in the workplace by a dominating cultural correctness. There is a culture of fear which closes down freedom of speech and the manifestation of faith. This culture brands the liberating good news of the Gospel as oppressive and regressive.

"Sarah's case demonstrates the confusion we're experiencing in current times. David Cameron has given public recognition of the enormous positive impact that Jesus Christ has had on our nation but he wants to mould Christianity to his political agenda. History shows that Christianity is greater than any political agenda."

She added: "The Prime Minister has huge influence. If he is serious in his support for Christianity, he will intervene in Sarah's case and ensure that those who believe in marriage, as defined in the bible, between one man and one woman, will not lose their jobs but be wholly and properly protected by the law."

Terry Sanderson commented: "Andrea Williams is a chief architect of this dishonest and manipulative campaign to gain privilege for Christians at work. Her propaganda skills are very impressive – but her dissembling is not. If David Cameron were to intervene in this legal process to give Christians special rights at work that are not enjoyed by others, it would set a very dangerous precedent." 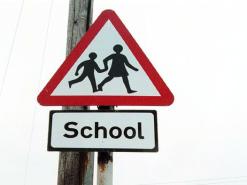