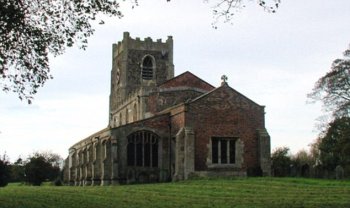 A church in East Yorkshire has become the latest to back down after facing opposition to its plans to use an ancient land law to make residents pay for church repairs.

Residents in Humbelton received a letter last October informing them that the local Parochial Church Council (PCC) had registered claims against their properties, making them liable to contribute to future repair bills at the local church.

Following a wave of negative publicity in the local media, church leaders have now decided to revoke the chancel repair liability "for the goodwill of residents of the parish".

Cindy Parsonage, a shelf stacker from Humbelton, was reported to have been so anxious about a potential claim, she started having panic attacks. She told the Hull Daily Mail that it had been a "horrible" experience.

"It's not just having had that hanging over us, it has been the dread of getting something through the door", said Ms Parsonage.

Another resident affected by chancel repair liability, Mick Wood, told the local press that he was "hugely relieved".

Mr Wood, who owns Humbleton Hall Farm, said: "This has been hanging over us for six months and, at last, common sense has prevailed.

"It has been very difficult and very time-consuming. We have had to do a lot of research to get the knowledge we needed, it's a very difficult topic."

A spokesperson for the Diocese of York said: "In October last year, the PCC of Humbleton with Elstronwick registered the properties in the parish, which were legally responsible for chancel repair liability (CRL) and informed the Land Registry.

"This was in response to a deadline set by the Government, which encouraged all church councils to register their CRL before October 13, last year.

"The decision to do this was made because the PCC are trustees of the church with a responsibility to care for it for generations to come, and they felt it was important to register their assets and keep their options open.

"However, on March 31, this year, the PCC unanimously resolved to revoke the registration of CRL on land in the parish.

"This decision was made for pastoral reasons and for the goodwill of the residents of the parish."

The move follows similar U-turns in Broadway and Stottesdon where chancel repair liability registrations were withdrawn following a backlash from local communities.

You can join the Facebook group set up to campaign against chancel repair liability here.