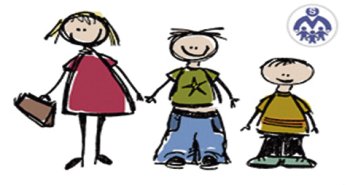 The Equality and Human Rights Commission (EHRC) has dismissed as "mistaken" a decision by the Scottish Charities Appeal Panel (SCAP) to permit a Catholic adoption agency to continue discriminating against gay couples. It implied that it would have appealed the decision, but it has no legal standing to do so.

Following a complaint from the National Secular Society, the Office of the Scottish Charity Regulator had originally ruled that St Margaret's Adoption Society, a Catholic agency based in Glasgow, was breaking equality law by not giving equal access to its services to same sex couples, and in some instances, non-Catholics. But St Margaret's appealed that decision to the Appeals Panel which overturned the original ruling, noting that although the charity received most of its money from the taxpayer, it was bound by the teachings of the Catholic Church. It said that if St Margaret's offered its services to gay couples it would be contravening canon law.

The Appeal Panel also decided that the Charity was protected under Article 9 of the Human Rights Act – despite not being a human being, but a corporate body.

In its statement, the Equality and Human Rights Commission says that SCAP was "mistaken in its understanding of direct and indirect discrimination". It said that SCAP's ruling was "not easy to follow".

With this in mind, the EHRC has "written to St Margaret's advising it to ensure that its published policies and practices properly reflect its stated position that adoption applications from couples in civil partnerships will be considered in the same way as those from married couples; and to ensure that such applications are indeed considered equally. This will give gay couples wishing to adopt the confidence that they will be treated without unlawful discrimination."

Keith Porteous Wood, Executive Director of the National Secular Society, said: "We very much welcome this deserved rebuke to the Scottish Charity Appeals Panel. Its ruling on the St Margaret's case was at such odds with all previous court rulings it is difficult to understand how or why it arrived at it. The ECHR clearly agrees with us and we hope that it will monitor St Margaret's very carefully to ensure they observe the law in the same way that every other charity must. We will ensure that the local authorities who use St Margaret's services are appraised of the EHRC's concerns.

"We drew attention last year to the inappropriate intervention of the Cabinet Secretary for Education regretting the OSCRs finding against St Margaret's and doubt if there will be any political will to make changes at the Appeal Panel that we believe are called for following this bizarre decision.

The full statement from the Equality and Human Rights Commission can be read here.