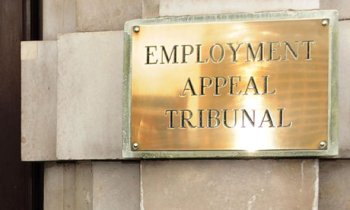 An Employment Appeals Tribunal (EAT) has dismissed an appeal from a woman who claimed she had been fired from her job in a nursery because of her religious beliefs.

The woman, referred to as Ms Grace, was employed as a manager at an Islington nursery, Places for Children. She was dismissed from her employment after nine months because she held an unauthorised training session for staff members, which gave rise to complaints by some of those who attended it. She had also told a pregnant staff member that she had dreamed that her colleague would suffer a miscarriage, which had made the colleague "extremely scared".

Ms Grace told another member of staff that "something was going to happen in the nursery which would have a massive ripple effect", which left staff members uneasy and scared.

The managing director of Places for Children, Carol Jenkins, fired Ms Grace, writing to her:

"You have behaved extremely unprofessionally in your role as a Nursery Manager. Your actions and behaviour in regards to the training session and your discussions with staff members within the nursery have damaged the trust and confidence we have in you, to the extent that we are no longer able to trust you to act in a professional manner.

"In the light of all these factors my decision is to uphold the allegation that your behaviour towards other members of staff at the Islington Nursery is deemed as inappropriate and harassment. In view of the seriousness of your actions, my decision is to dismiss you from the organisation on the grounds of gross misconduct."

Ms Grace then claimed that she had been sacked because of her religion and brought an action under the Equality Act. She wanted compensation of £500,000 so she could "buy a family home and care for her two children."

Ms Grace made four allegations of detriment. The first was the fact of her dismissal; the second was that an employee from Human Resources had told her it was not company policy for the her to hold Bible Sessions with individuals who had consented to it; thirdly, Carol Jenkins had allegedly said to Ms Grace, "don't you think it is unsuitable to have discussions about God in the workplace" and finally that Miss Jenkins allegedly said: "your conversations with members of staff during break times about God are unsuitable".

The EAT agreed with the original tribunal ruling:

It pointed to guidance issued in 2011 by the Equalities and Human Rights Commission which reads:

An employer has a 'no headwear' policy for its staff. Unless this policy can be objectively justified, this will be indirect discrimination against Sikh men who wear the turban, Muslim women who wear a headscarf and observant Jewish men who wear a skullcap as manifestations of their religion."

The EAT speculated that Nadia Eweida - the woman who sued British Airways because she claimed it had banned her from wearing a cross - "would surely now succeed under sections 13 or 21(3) of the 2010 Act against her employers in an Employment Tribunal as well as under Article 8 before the Strasbourg Court."

In the matter of Ms Grace, the original tribunal had ruled – and the Appeals Tribunal agreed – that Ms Grace was not treated as she was because of her religion but rather because of the way in which she manifested or shared it."

The appeal was dismissed.

Commenting on the case, Alan Chalmers of DLA Partners, said: "This case highlights the fact that employers can face a minefield when dealing with employees who manifest or practise their religion or beliefs in a way in which the employer or other employees consider inappropriate. Employers must remember that they should not place an individual at a detriment for manifesting their religious beliefs (for example by praying at work), but may be able to proceed with a fair disciplinary procedure if that individual manifests that belief in a way that is inappropriate."