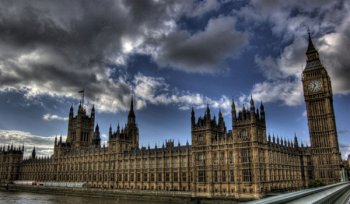 The Bishop of Portsmouth, Philip Egan, has said in an interview that Catholic politicians who voted for same-sex marriage should be denied Communion.

The interview, on the Lifesite News website, has provoked dismay from Catholic members of parliament who called the bishop's comments "tragic" saying that such comments reinforce the idea that they are Vatican puppets rather than servants of the constituents who elected them.

The Catholic magazine, The Tablet, said that of the estimated 82 Catholic MPs in the House of Commons, 47 voted in favour of gay marriage. These included Work and Pensions Secretary Iain Duncan Smith and the Transport Secretary Patrick McLoughlin.

Among the backbenchers critical of Bishop Egan's comments was Conor Burns, a Conservative MP for Bournemouth West (a seat that lies within Bishop Egan's Portsmouth Diocese).

He said: "I think it is a great pity, indeed a tragedy, that this bishop seems not to have noticed that we have a new gentle shepherd preaching a Christ-like message of inclusivity, love, tolerance and forgiveness."

Labour's Siobhain McDonagh said Bishop Egan was "an old-fashioned diehard" and that most Catholics "would be horrified if anyone was barred from communion simply for voting to support other Catholics who are gay."

Even one of those Catholic MPs who voted against the same-sex marriage legislation, Labour's Stephen Pound, said the bishop's suggestion of denying Communion was "wholly disproportionate." He said that it would simply reinforce "the unthinking misconceptions that some hold of the Church".

Catholic commentator Francis Drake, said: "Bishop Egan means well. But we live in a democracy and the Church didn't elect our MPs."

Bishop Egan said that he would like the bishops' conference to discuss the matter, but a spokesman said there were "no plans" to do so.

In an editorial about the matter The Tablet wrote: "If bishops purport to instruct Catholic MPs how to vote on such matters, there is a clear risk that those MPs would begin to look like episcopal puppets. Indeed, in such a case, when could a Catholic candidate ever expect to be elected? And isn't the logic of Bishop Egan's position, therefore the complete withdrawal of Catholics from public office?"

Bishop Egan is not the only high profile Catholic who calls for politicians to be brought to account when they do not do the Church's bidding. In an interview with a Polish Catholic magazine (translated into English by Lifesite News) American Cardinal Raymond Burke also recommends that priests do not administer Communion to politicians who "acts against the moral law in a grave matter and yet presents himself to receive Holy Communion, the priest should admonish the person in question and then, if he or she persists in approaching to receive Holy Communion, the priest should refuse to give the Body of Christ to the person."

Terry Sanderson, President of the National Secular Society, said: "These Catholic prelates are truly frightening. They do not seem to care that what they advocate presents a danger to democracy. Trying to blackmail politicians to vote in the way that you want them to is shocking and disgusting. Constituents vote for a politician or a party to represent them, not for the Catholic Church. If MPs want to write Catholic doctrine into law they should be upfront about it before the election so that voters can make an informed choice."