Trust in religion falls in Poland 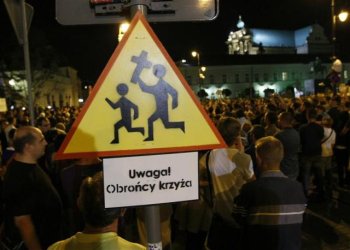 An opinion poll in Poland shows that trust and attachment to the Catholic Church is falling, despite the new Pope.

The survey, conducted by the CBOS polling agency in Warsaw, showed that 74% of Poles think that religion is not always the source of morality and people should follow their own conscience first.

Poland's reputation as the most Catholic country in Europe – where the church claims that 95% of country's 38 million inhabitants are baptised – takes a knock as 41% said they thought that there is no direct link between religion and morality. In 2009 that figure was 33%.

When asked if religion was the only source of morality, only 16% answered in the affirmative. In 2009 it was 24%.

Commenting on the results, Tadeusz Bartos, professor of philosophy at the Humanistic Academy in Pultusk, said that people were trusting their own consciences above what the Church taught because "the moral teaching of the Catholic Church seems to be paralysing the individual's choices."

Recent controversies over IVF, civil unions and public funding for the church are weakening the Church's stranglehold on the state.

The poll shows that young Poles, too, are becoming increasingly hostile to the Church.

Bishops blame negative media reporting, saying that the Church is presented as "backward and immobile" because of its attitudes to gay people, contraception and abortion. Recent cases of child abuse by clerics has also turned many people away from the Church.