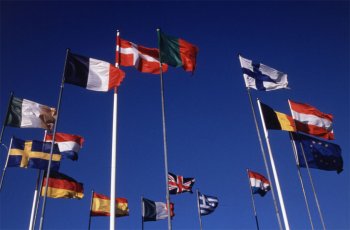 The European Parliament has passed a resolution that calls on the EU to better respect and enforce fundamental rights and European values within the EU; values which include secularism, freedom of belief, freedom of expression and the right to die with dignity.

The resolution, which was passed by 312 votes to 244 with 27 abstentions, calls on the European Commission to set up a system that monitors member states' compliance with EU values and accession criteria. It suggests that this system should include binding recommendations and penalties for breaches.

In passing this resolution, the European Parliament calls on the EU to better protect the right to freedom of religion and belief, a right which includes "the freedom of those without a religion not to suffer discrimination as a result of excessive exemptions for religions from laws on equality and non-discrimination." Notably, it argues that, "secularism defined as the strict separation between non-confessional political authorities and religious authorities, as well as the impartiality of the State, [is] the best means of guaranteeing non‑discrimination and equality between religions and between believers and non‑believers."

The resolution strongly reiterates the importance of freedom of expression and the right to receive as well as impart information, and notes that laws criminalising blasphemy not only have a serious inhibiting effect on freedom of expression, but they are often applied to persecute, mistreat, or intimidate people belonging to religious or other minorities. It recommends that member states decriminalise offences relating to blasphemy.

MEPs also highlight the importance of dignity at the end of life, and call for countries to ensure that "decisions expressed in living wills are recognised and respected."

The author of the resolution, Belgian MEP, Louis Michel, who is a member of the liberal group in the Parliament, has said: "if the EU wants to be a moral force that will influence the rest of the world in a good way it has to be strict with itself."