Concerns raised over sex discrimination against teachers in Muslim schools 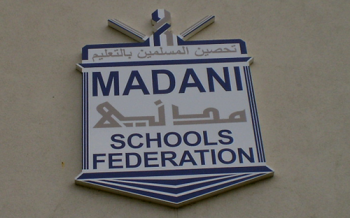 The National Secular Society has warned that the proliferation of religious schools could be opening the door to gender discrimination in the employment of teachers.

The warning follows the discovery of a job advertisement for a Male Science Teacher placed by Capita Education Resourcing on behalf of an Islamic boys' school in Leicester. The advert was passed on to the NSS by a qualified female science teacher looking for work in the Leicester area.

In a letter to Maria Miller MP, Minister for Women and Equalities, the National Secular Society has called on the Government to publish guidance that makes clear to schools that unlawful gender discrimination must not be accommodated within the education system.

Capita has argued that that the discrimination is permissible under exceptions to the Equality Act that permit religious organisations to discriminate on grounds of gender and sexual orientation if a 'genuine occupation requirement' can be established, and where an employer is seeking to comply with the doctrines of a religion or the strongly held convictions of a significant number of its followers.

However, the National Secular Society has argued that the explanatory notes to the 2010 Act make clear that such exceptions are intended to apply to a "very narrow range of employment" and almost certainly don't cover the post of a science teacher.

The school was created in its present form in October 2012 when the mixed Madani High School was split into separate girls' and boys' schools which occupy separate wings of the same building.

Schools with a religious ethos are already permitted to discriminate against teachers who do not share the faith of the school. Exceptions to equality legislation that permits single-sex schools to admit pupils of only one sex apply only to admissions, and do not apply to the appointment of teachers.

The National Secular Society has also alerted the Department for Education, which said it will look into it along with "several other adverts" which have come to its attention.

Stephen Evans, campaigns manager at the National Secular Society, said: "Being male isn't a genuine occupational requirement for a science teacher in a state school. Any attempt to try and make it so is unjustifiable.

"The Government's encouragement of schools run by religious groups will bring with it increasing demands for religious customs and practices to be accommodated within our education system.

"If religious demands to discriminate and segregate along gender lines are accommodated, teachers of the 'wrong sex' will be disadvantaged and children in such schools are unlikely to be adequately prepared for life as equal citizens in a liberal democracy – which should be one of the fundamental aims of education policy.

"For some religious groups, it is clear that the primary goal of state education should be to instil parents' religious beliefs in children. Equality must not be sacrificed in the rush to satisfy their demands."