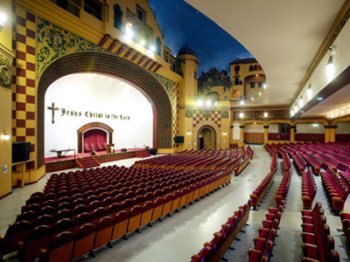 The head of the UK fundraising watchdog has demanded a meeting with the British leaders of a Brazil-based evangelical church after an investigation uncovered complaints about its fundraising activities dating back to 2009.

According to an investigation by The Times newspaper, the Fundraising Standards Board is investigating complaints that the Universal Church of the Kingdom of God (UCKG), conducted street collections in London without a licence.

There have also been "dozens of complaints" to the Charity Commission that UCKG doesn't always make clear when asking for money that it is a church – and has even sometimes used the logos of other charities. There was also a failure to explain what they intended to do with the money.

According to the article, members of the UCKG went house-to-house raising funds at Christmas claiming it was to "keep the church doors open". But accounts filed last month showed that the church has £2.7 million in the bank. Globally it is worth hundreds of millions of pounds – one of the wealthiest evangelical churches in the world.

The Times says the British arm of UCKG has sent hundreds of thousands of pounds to Brazil to help to build an "exact replica" of the biblical temple of Solomon at a cost of £130 million.

The church's founder, Edir Macedo, was cleared of fraud and corruption charges and is thought to be one of Latin America's richest men.

The Times reports that over Christmas fundraisers were found inside branches of Marks & Spencer and Tesco collecting donations or packing bags for money, although both supermarket chains said that the activities contravened their rules.

Tesco issued a statement saying: "We have a long history of working with local charities to fundraise in our stores. In this case, the community voiced strong concerns about the UCKG, so we have removed them from our list of approved groups".

The Times writes: "UCKG was set up by the self-appointed "Bishop" Macedo in 1977 and has expanded rapidly across Europe, Africa and North America. Critics have accused it of preying on the vulnerable by encouraging members living in poverty to donate what little they have and then using the cash to invest in property. The Church insists that it offers solace to the poor and puts forward its outreach work as an example of the good it does".

A previous Times investigation in 2010 highlighted the UCKG's activities in Britain and found that it was encouraging its members into debt in order to donate to the Church.

In 2010, the Church benefited from more than £8 million in taxpayer subsidy through the Gift Aid scheme.

The UCKG confirmed to the paper that it holds an annual fundraising drive in December and said that its members were carefully trained to observe UK laws before going out fundraising.

It said that it obtained permits to raise money, that bag packing was done by agreement with shop managers and that funds were needed to improve its Finsbury Park venue, but declined to comment on reserves held.

Terry Sanderson, President of the National Secular Society, said: "We have seen numerous exposés of this church and its dubious financial activities but the Charity Commission seems reluctant to act, despite all the complaints. It is time that UCKG was made to demonstrate and prove it has public benefit. Otherwise how can taxpayers be sure that their contribution of millions of pounds through Gift Aid is to a bona fide charity and not to a scam? Let us hope that the Fundraising Standards Board has a more robust approach – although it has no teeth and as a self-regulating body few sanctions that would worry the UCKG". 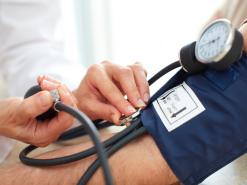 A medical watchdog is investigating a GP who has proselytised to patients despite a warning not to do so after the NSS raised concerns. 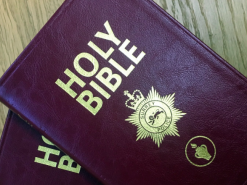 The NSS has criticised Surrey Police after it accepted 1,000 branded bibles for distribution amongst officers and staff. 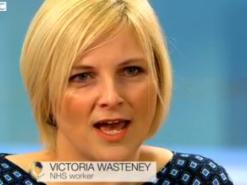 An NHS worker who was disciplined for using her position to evangelise will not be allowed to appeal against a decision that she did not face... 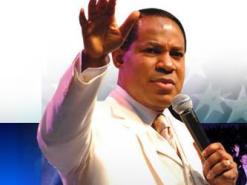 The Charity Commission has begun a statutory investigation into "a number of serious concerns" relating to an evangelical church with headquarters...