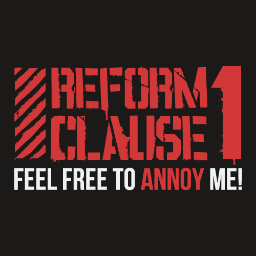 The move was welcomed by the National Secular Society, which as part of the Reform Clause 1 campaign, had argued that the law was too broadly drafted and posed a significant threat to free expression.

Under the original Government proposals, courts could impose injunctions on anyone engaging, or threatening to engage, in "conduct capable of causing nuisance or annoyance to any person".

The move to drop the proposals follows a big defeat for the Government in the House of Lords, where Peers voted by 306 to 178 earlier this month to back an amendment by the crossbench peer Lord Dear, who claimed the move could criminalise any nuisance or annoying behaviour in the streets including peaceful protest and street preachers.

Ahead of the vote, the National Secular Society and Christian Institute wrote jointly to peers to express major concerns about threats to freedom expression posed by the proposals. Representatives of the two organisations discussed these concerns formally with Liberal Democrat Home Office minister, Norman Baker.

Mr Baker has now tabled amendments to the Anti-social Behaviour, Crime and Policing Bill that will restore the original Asbo test, under which "harassment, alarm or distress" must be caused before a court can grant an injunction.

He said it had never been the Government's intention to prevent people exercising their freedom of speech or rights of protest but acknowledged that the "very large vote in the House of Lords that was indicative of widespread concern".

Keith Porteous Wood, National Secular Society executive director, said: "No one should be subjected to legal sanctions simply for causing annoyance. This law would have been exploited to silence the free expression of views some thought offensive or did not agree with."

"Clause 1 clearly failed to strike a reasonable balance between protecting the public from anti-social behaviour and protecting essential freedoms, and we are pleased the Government now acknowledges this."

The Government U-turn came after months of work by the Reform Clause 1 campaign, a coalition of religious, and secular civil liberty campaigners, including The Christian institute, the National Secular Society and the Justice and the Peter Tatchell Foundation. It received cross-party parliamentary support.

Mr Porteous Wood paid tribute to the effectiveness of Lord Deer's work on this issue the Lords, and also to the former DPP Lord Macdonald QC, who's legal opinion provided a particularly powerful criticism of the Bill.