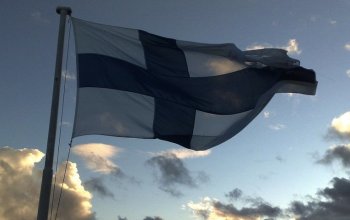 The collection of statements of support for a citizens' initiative for the separation of church and state in Finland began on Monday 20 January 2014. The initiative calls for legislative revisions to abolish the state church and to establish a state that is unbiased toward all religious convictions.

"I'm not expecting the Parliament to rush into revising the laws, but we must be able to have an objective debate about this," says Petri Karisma, the chair of the Union of Freethinkers of Finland.

"With the number of irreligious citizens already breaching the one-million mark, is the position of the state church still justified?" he asks.

Under the Finnish legislation, the Evangelical Lutheran Church of Finland and the Orthodox Church of Finland are in a privileged position. Both churches are defined as public corporations and thus part of the public administration.

The freethinkers' union argues that the privileges enjoyed by the state churches violate the rights of members of other religions and, in particular, people with no religious affiliations.

"The constitution stipulates that people should not be discriminated based on their religious convictions. People also have the right to religion and conscience. Other legislation fails to comply with these principles," argues Karisma.

The initiative questions, for example, the state churches' right to levy taxes, which are collected at source by the state. Similarly, it points out that with public holidays set forth in the Church Act, the Parliament is unable to change them without the consent of the synod.

In addition, the advocates argue that pupils at Finnish schools should be allowed to choose between religious and ethics teaching regardless of their possible religious convictions.

"If asked, you don't have to reveal what party you voted for. But at schools, everyone must reveal their religious convictions, and religious teaching is determined on that basis," Karisma highlights.

Religious activities should also be eradicated at schools and kindergartens, as well as at events of the Parliament, the Defence Forces and universities, they demand.

As justification, the initiative refers to the European Court of Human Rights' interpretation of the freedom of religion, according to which people have the right not to disclose their religious conviction or lack thereof.

By 2pm on Monday, the initiative had received roughly 350 statements of support. A minimum of 50,000 statements are needed for the proposal to be presented to the Parliament for consideration.

This article was originally published by the Helsinki Times and is reproduced here with permission.