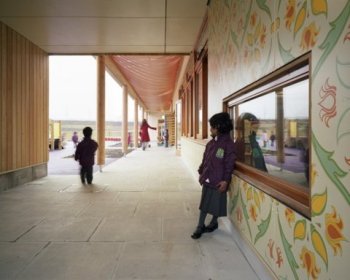 Britain's only state-funded Hindu school, located in Harrow Middlesex, is planning a large-scale expansion which will make it one of the largest "faith schools" in the country.

Avanti House School announced on Monday 20 January 2014 that it has identified Whitchurch Playing Fields under Harrow Borough Council as the site where the secondary section of the school will eventually be shifted.

It is within miles of the school's current home, which includes a primary and secondary school set up.

The school is based on a "Hindu ethos" but claims to be open to the community at large. It specialises in maths and performing arts.

The new site, located in the heart of an area with a large population of Indian-origin, would accommodate 1,260 students after reaching full capacity.

Councillor Susan Hall told the school's proponents that a feasibility study will be carried out by the Education Funding Agency. If this is favourable it could lead to the school being opened at its new site in January 2016.

Hall said: "There is a pressing need for more school places in Harrow and a lack of suitable land for development. We have worked closely with the Avanti Schools Trust who already have a strong and indeed unique track record in Harrow serving our significant Hindu community.

"Harrow Council was of course a key partner in delivering the Krishna Avanti Primary School in 2008".

Stephen Evans, the NSS campaigns manager, told The Times: "Our objections to this school are really the same as for any other faith school. In a society already seeing rising tensions over race and religion, it is dangerously misguided to separate children on the grounds of their parents' religion at such a formative time in their lives. Minority faith schools further separate religious minorities from mainstream communities, creating self-imposed segregation. The only fair way forward is to ensure that no religion is allowed control of publicly-funded schools".