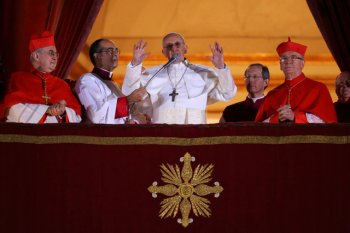 The Vatican has failed to answer detailed questions by the UN Committee on the Rights of the Child on cases of child sexual abuse committed by members of the clergy, brothers or nuns or brought to the attention of the Holy See. These formal questions were raised as part of the review of the reports the UN Committee require states that have ratified the Convention of the Rights of the Child to provide every five years.

In a formal response to the UN Committee's 'list of issues' or questions, the Holy See based its failure to answer them on the legal technicality that it is "related but separate and distinct from the Catholic Church". It added: "it is not the practice of the Holy See to disclose information on the religious discipline of members of the clergy or religious according to canon law, unless there is a related matter concerning international judicial cooperation with a State and the request by the State is made, generally, through specific procedures".

The UN Committee prefaced its questions by pointing to "the recognition by the Holy See of sexual violence against children committed by members of the clergy, brothers and nuns in numerous countries around the world, and given the scale of the abuses".

Keith Porteous Wood of the (UK) National Secular Society, which, together with victims groups, has submitted evidence about such abuse to the Committee earlier this year, commented: "Under the direct control of the Pope, the Church operates a firm 'command and control structure' over the worldwide Church, particularly over the handling of clerical rape and sexual violence offences. It requires that it is sent all records of the tens of thousands of these criminal offences, and secretes them centrally.

"The huge scale of rape and sexual violence in Catholic institutions worldwide over the last 50 years is a matter of public record, and more is still regularly being reported. The Holy See's and the Church's culpability lies in the fact that, that scale of abuse would have been hugely reduced had those in the Church been required to invariably report credible allegations and suspicions to civil authorities. Instead, there is evidence that in many cases abusers were moved by the Church to other locations where they frequently resumed their sexual violence that has ruined so many lives.

"The Holy See's brazen failure, on arcane legal technicalities, to provide the information sought by the Committee is a new low point in the Church's lamentable record over child abuse.

"Many will be disappointed and surprised by this slap in the face to both the tens if not hundreds of thousands of suffering victims and to a United Nations body.

"The Holy See, under the Pope, uses its considerable diplomatic might to promote the doctrines and the self-interest of the Catholic Church and clearly commands and controls child abuse policy in the Church worldwide, including through its own (canon) "law". It is both shameless and unacceptable for it to undermine the UN's efforts, made in the interest of protecting past and future victims, by refusing to provide the information that the UN seeks.

The Holy See's earlier report to the Committee can be read here.

This report gave rise to the Committee's "List of Issues" (questions), which can be found here.

You can read the Holy See's response to the questions here.