Section 5 reform to come into effect in February 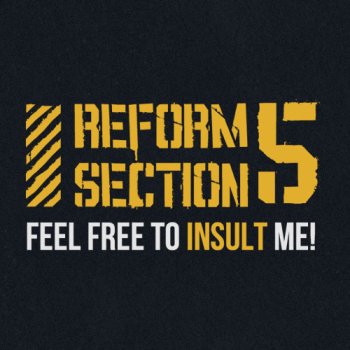 A free speech reform backed by The National Secular Society will come into effect on 1 February next year.

From that date the word "insulting" will be removed from Section 5 of the Public Order Act – a provision that permitted the police to arrest people because someone else thought their words or behaviour "insulting". This resulted in people being arrested for preaching against homosexuality in the street and, in one case, for calling a policeman's horse "gay". Others had been arrested for calling Scientology "a cult" and for saying "woof" to a dog.

The NSS worked together with the Christian Institute and others to campaign against the "insulting" provision and after a hard-fought effort, the Government agreed to the reform.

Despite Government resistance, the House of Lords overwhelmingly supported reforming Section 5 in December last year, voting 150 to 54 in favour of an amendment to remove the word "insulting".

In January the Government gave way and agreed to the move, which will now come into place following guidance for police forces on the change.

Simon Calvert, the Campaign Director for Reform Section 5 (RS5), said: "We are delighted that this important change will come into force soon. We campaigned for this change because we believe that while insults are rude and we'd like to see fewer of them, the police and courts really don't need to get involved. This campaign was an unusual alliance, but we all agreed that Section 5 needed reforming for the sake of free speech."

However Mr Calvert warned that under the new Anti-social Behaviour, Crime and Policing Bill sweeping new powers could be a fresh challenge to free speech. Under Clause 1 of the Bill, ASBOs (Anti-Social Behaviour Orders) would be replaced by Injunctions to Prevent Nuisance and Annoyance (IPNAs).

The law is so broad and the safeguards are so weak that the proposed new law could catch legitimate public protest.

One senior lawyer, Lord Macdonald QC, has warned the proposals are extremely broad and could result in "serious and unforeseeable interferences in individual rights, to the greater public detriment".

The NSS again has joined a coalition of groups to oppose this development.