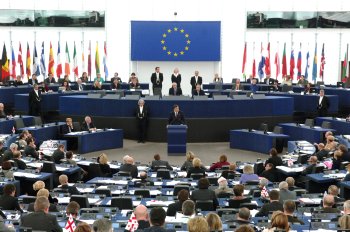 After an extensive and well-organised lobbying effort from the religious right, the European Parliament has, on Human Rights day, rejected a progressive Report on Sexual and Reproductive Health and Rights (SRHR) authored by Portuguese MEP, Edite Estrela.

The report highlighted the need to increase the fight against gender-based violence and sexually transmitted infections, and advocated the right of women to make their own informed choices on their sexual and reproductive life, including access to contraception and abortion. Whilst non-binding, the report, if adopted would have sent a strong political message from the European Parliament in defence of these rights.

Instead, MEPs voted, by a narrow majority of 334 votes against 327, for a centre-right and far-right Resolution that undermines any further role of the EU within the area of women's rights.

The rejection of the Estrela report comes in the wake of a misleading and cynical campaign conducted by extremist religious groups and conservatives who have misrepresented the contents of the report, and used personal threats towards MEPs.

Sophia Kuby, head of European Dignity Watch, estimated it was likely that the emails MEPs received against the report exceeded 100,000. John Smeaton, chief executive of the Society for the Protection of Unborn Children (SPUC) said the "rejection of the Estrela report proves that peaceful and prayerful grassroots lobbying by pro-lifers can have a real positive impact in the political arena".

MEP Mikael Gustafsson, Chair of the European Parliament's Committee on Women's Rights and Gender Equality, said: "I remain ashamed and stunned that so many people still can't see how important sexual and reproductive health and rights are to achieving gender equality in the EU and beyond.

"We will continue to defend a woman's right to safe and legal abortion and access to contraception. We won't back down on calling for comprehensive, non-discriminatory sexuality education for all as well as for urgent protection of the rights of LGBTI persons in Europe. The Estrela report contained all these objectives and it is a scandal that right-wing forces have succeeded in throwing it out."

This latest development comes in the context of other recent efforts by conservative Christians to undermine the sexual and reproductive rights of women. One of which was the European citizens' initiative "One of us", which in September 2013, reached the required number of signatures (1 million) to be presented to European institutions, giving its sponsors the opportunity of meeting EU representatives. If implemented, it would mean that the EU would not provide any funds to embryonic stem cell research, IVF treatments that involve the destruction of embryos, or abortion providers of any kind.

"One of us", officially supported by Pope Francis, was funded by an Italian pro-life organisation, Fondazione Vita Nova, costing 50,000 euros. It was also backed by the European Centre for Law and Justice (ECLJ), an Evangelical anti-choice NGO based in Strasbourg. The ECLJ is the European wing of the American Centre for Law and Justice, specialising in litigation at the European Court of Human Rights where it attempts to limit recognition of LGBT's and reproductive rights.