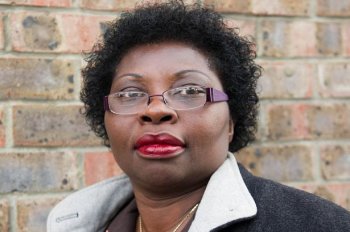 A Christian woman who claimed she had been constructively dismissed from her job as a care worker because she refused to work on Sundays has lost her case at the Court of Appeal. The decision has been welcomed by the National Secular Society.

Celestina Mba took Merton Council in London to an employment tribunal when she was told it was no longer possible to accommodate her request not to work Sunday shifts. Her original contract made clear that she would be expected to work weekends and bank holidays when necessary.

Mrs Mba, a Baptist Christian and mother-of-three, argued that she should be free to obey the Fourth Commandment in the Bible and rest and pray on the Sabbath.

However, London Borough of Merton council said it had a duty to ensure children had weekend care and there was no viable alternative.

Her original case of constructive dismissal failed on the grounds that observing the Sabbath was not a "core component" of the Christian faith because some believers were prepared to work on a Sunday. The case also turned partly on whether the employer could justify Sunday working as a "legitimate business need".

The tribunal dismissed her case, reasoning that "Sunday working was not a core component of the Christian faith" and because other Christians worked on that day she could not reasonably demand to have each Sunday off.

She appealed to an Employment Appeals Tribunal but her appeal was dismissed.

The Court said that the faith of the individual believer should be recognised and in principle protected. Employment Tribunals must balance the religious beliefs of their employees in relation to business need. The Court recognised that Sunday observance is a valid and genuine expression of faith for many Christians and cannot be simply jettisoned because not all Christians share that view. In the judgment, Lord Justice Kay said: "It is clear … that for some Christians working on a Sundays is unacceptable."

Celestina Mba, said of her local authority employer: "They were trying to break my faith and see if I really believed in the Lord's Day. Merton disrespected my Christian faith. I said to the Court that the Council would not treat other faiths like they treat Christians. It was like giving pork to a Muslim every meal-time and then disciplining them for not eating it!

"If they really needed someone to work on a Sunday, they should have recruited that person and I would have been glad to leave. I had offered to take unpopular shifts and work anti-socials in order to protect Sundays."

The Court of Appeal found that the earlier courts had applied the wrong test to Merton's decision. Lord Justice Maurice Kay said "I am satisfied that there was an error of law in the decision of the ET and that it was repeated in the judgment of the EAT."

However, in spite of this, the Appeal Court refused to reconsider the findings of facts made by the Employment Tribunal or to order a new hearing to apply the correct test to the facts of the case. Thus, the dismissal of Celestina was upheld.

In his ruling, Lord Justice Maurice Kay concluded: "After the most anxious consideration, I have come to the conclusion that, in all the circumstances of this case, and notwithstanding the legal errors to which I have referred, the decision of the ET that the imposition of the PCP was proportionate was 'plainly and unarguably right'."

The Christian Legal Centre was anxious to try to minimise this latest defeat by claiming the Appeal Court's judgment was "a big step forward for the treatment of Christians."

Andrea Minichiello Williams, Barrister and Director of the Christian Legal Centre, said: "At last the courts are beginning to demonstrate greater understanding of what it means to be a Christian. Christian identity extends beyond private belief into daily life. We pray that the tide is turning. Many Christians will now be able to argue that their employer must respect their rights of Sabbath worship."

But Terry Sanderson, president of the National Secular Society, said: "The guidance for the Employment Discrimination Regulations already instructs employers to make reasonable accommodation for religious requests (and for requests on other grounds). But they accept that if granting such requests would negatively impact a business or service, then it can be refused. In this sense nothing has changed.

"If Ms Mba had won her case it could have potentially caused chaos in the workplace because other religions also have holy days that believers might want to observe. A ruling in favour of Ms Mba would have also had to be extended to all other faiths.

Mr Sanderson said he hoped that the Christian Legal Centre would not pursue this matter further as it would be a costly waste of time for them and for the taxpayer.

Merton Council leader Stephen Alambritis told the BBC: "Children in local authority care who have severe disabilities and who need weekend support, and their families who rely on this support, can feel reassured that their children's care and support will be consistent.

"Wherever possible, we accommodate our employees' needs and requirements."

Read the Court of Appeal ruling in full (PDF)