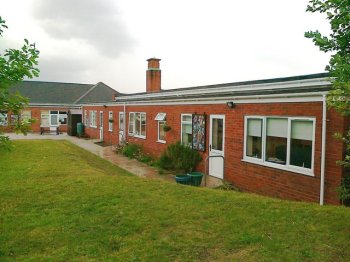 The National Secular Society is assisting local parents to block a proposal to convert a Suffolk community school to a Church of England school.

Parents at Dell Primary school in Lowestoft contacted the NSS after Suffolk County Council issued a Statutory Notice to change the status of the school from Community to Church of England Voluntary Aided. In order to achieve this, the legal process requires the existing community school to be closed and a new Voluntary Aided school to be opened.

The NSS has written to Suffolk County Council with concerns over the consultation process, which it says was biased and failed to inform parents of a number of significant implications of converting the status of the school. This contravenes Department for Education guidance (pdf) which requires those bringing forward proposals to "provide sufficient information for those being consulted to form a considered view on the matters on which they are being consulted".

Unlike community schools, which are controlled by the local authority, Voluntary Aided schools are their own 'admissions authority' and are allowed to select or discriminate against prospective pupils on religious grounds if oversubscribed. In addition, the governing body employs the staff and can apply a religious test in appointing, remunerating and promoting all teachers. Voluntary Aided faith schools are also free to devise their own religious education syllabus rather than follow the locally agreed syllabus.

The Church of England has recently signalled its intention to intensify the religious input across the whole curriculum and life of its schools, which are funded by the State.

One parent concerned about the proposals is mother of two Claudette Brewer. She told the NSS: "I do not want my children to be educated at a school that has the freedom to impose its own religious beliefs on pupils, and the freedom to discriminate against those that do not conform to those beliefs".

The proposals for the school to take on a religious character have been brought forward by the school's governing body, and appear to have been initiated by the local authority appointed school governor, who is also the local vicar.

According to the school governors: "Dell Primary School already has very strong links with St Mark's Church. Canon Ian Bentley, the vicar there, has been a governor at the school for three years and plays an active role in its development. Becoming a Church of England voluntary aided school is a natural way to cement these links and strengthen our bond with the local church community."

Waveney, in which Dell primary is situated, is the least religious area in Suffolk, judged by it having the lowest percentage of Sunday attendance at 5.3% of the local population in 2005. Less than 3% of 22 to 44-year-old age group (those most likely to be parents) attend a local church of any denomination on Sunday. Only around a third of church attendees in Suffolk attend an Anglican church.

Stephen Evans, campaigns manager at the National Secular Society, said: "This proposal appears to serve the needs of the Church rather than local families and the population of Suffolk as a whole.

"If Suffolk County Council agree to this proposal it will drastically reduce choice for local parents who do not want their children to receive an education with a distinctive Christian character.

"We have raised a number of concerns with Suffolk County Council about this proposal and we very much hope they reject it. It would certainly be inappropriate to proceed on the basis on a biased consultation that failed to enable local taxpayers to make a fully informed decision about the future of their local school."