Non-religious suffer discrimination or persecution in most countries of the world, new report finds 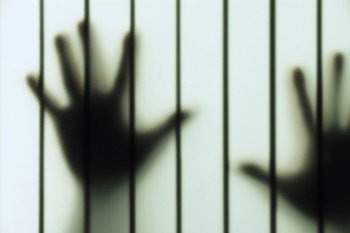 A report, published by the International Humanist and Ethical Union (IHEU), has found that the non-religious are discriminated against, or outright persecuted, in most countries of the world. Launched on Human Rights day, the report, Freedom of Thought 2013, examines the treatment of atheists and the non-religious around the world, finding widespread discrimination by governments in every region.

Despite the right to freedom of thought, conscience, religion or belief being enshrined in the Universal Declaration of Human Rights, IHEU's findings show that the overwhelming majority of countries fail to respect the rights of non-believers. Around the world, there are laws denying atheists the right to life, executing them for leaving a religion, criminalizing their criticism of religion, prohibiting them from holding public office, preventing them from working for the state, obstructing their access to public education, revoking their right to citizenship and right to marry.

Some of the report's key findings include the fact that there are 12 states in the world in which a person can face the death penalty for being an atheist, and 39 in which the law mandates a prison sentence for blasphemy, including six western countries.

12 countries in Africa, 9 in Asia, and 10 in the Middle East, were given the worst rating for committing "Grave Violations". Some of these states were found to have governments openly inciting hatred against atheists, or authorities systematically failing to prosecute violent crimes against atheists. The "crime" of apostasy was found to be punishable by death in 12 of the worst-offending states (all of which concerned leaving Islam), these were: Afghanistan, Iran, Malaysia, Maldives, Mauritania, Nigeria, Qatar, Saudi Arabia, Somalia, Sudan, United Arab Emirates, and Yemen.

IHEU's research found 55 countries with 'blasphemy' laws on the books, or other laws forbidding criticism or "insult" to religion. In 39 of those, the law mandates a prison sentence for blasphemers, and in three – Pakistan, Saudi Arabia, and Iran – people can be executed for being "blasphemers". In another three states, militant Islamists acting as religious authorities in some areas are also dealing out Sharia punishment including death for "offences" to religion: namely Al-Shabaab in Somalia, Boko Haram and other Islamists in Nigeria, and the Taliban in Afghanistan.

There were six Western states to have been rated "severe" in their levels of discrimination because of their policies on blasphemy. In Denmark, Germany, Greece, Iceland, New Zealand, and Poland, people can be jailed for breaking the laws prohibiting blasphemy. In Germany and Greece the term can be up to three years.

The UK was found to have "systemic discrimination" against atheists and the non-religious. The report listed a number of contributing factors which included: the privileged constitutional status and position in official ceremonies that the established church in England and the established church in Scotland have; the privileged access that Bishops are granted to the UK parliament; Equality Act 2010 exemptions for religious organisations allowing them to discriminate in various ways, even when working under contract to provide a public service; and preferential VAT treatment for places of worship.

The discriminatory education system of the UK was also highlighted, where 'faith schools' now account for a third of all publicly funded schools – many of which are allowed to discriminate on faith grounds against pupils in their admission policies. Such schools are also permitted to discriminate against teachers on the grounds of their religious belief. A daily act of 'collective worship' is a still a legal requirement in all schools in England and Wales.

In the introduction to the report, Kacem El Ghazzali and Alber Saber, two victims of anti-blasphemy laws, in Morocco and Egypt respectively, commented that, "Freedom of thought and belief must not be compromised. When regimes violently attack people for their ideas and beliefs, all human rights suffer. Oppression of thought by the state is a sign, not of strength, but of egomania and cowardice.

"In spite of international treaties and conventions, many states discriminate in subtler but important ways. And this has a global impact. Laws against "insulting" religion in relatively secure, relatively secular countries, for example, are not only analogues of the most vicious blasphemy laws anywhere in the world, but help to sustain the global norm under which thought is policed and punished".

Non-believers are a large and growing population across the world. A detailed survey in 2012 revealed that those who identify as "atheist" make up 13%, and an additional 23% identify as "not religious".

It is the first time that the research has covered every country in the world, an inaugural edition in 2012 contained 60 countries.

You can read the Freedom of Thought 2013 report in full here (pdf).

An interactive map the results can be found here.