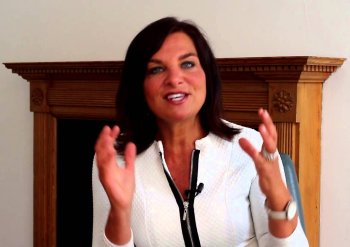 One of the Sussex Diocese of Chichester representatives on the Church of England General Synod, Andrea Minichiello Williams, recently attended a conference of evangelical Christians in Jamaica to urge the Government to keep the law that criminalises homosexuality – and carries a potential penalty of ten years hard labour.

She said Jamaica had the opportunity to become a world leader by fending off foreign pressure to decriminalise homosexual sex.

"Might it be that Jamaica says to the United States of America, says to Europe, 'Enough! You cannot come in and attack our families. We will not accept aid or promotion tied to an agenda that is against God and destroys our families'" she said, adding to applause, "If you win here, you will have an impact in the Caribbean and an impact across the globe".

She made the case that it is a "big lie" that homosexuality is inborn, arguing instead that it is caused by environmental factors like "the lack of the father" and "sometimes a level of abuse". She illustrated her point with the case of 19-year-old British diver Tom Daley and his reported relationship with American screenwriter Dustin Lance Black.

Daley, she said, who is "loved by all the girls and had girlfriends" had "lost his father to cancer just a few years ago and he's just come out on YouTube that he's in a relationship with a man, that man is 39, a leading gay activist in the States".

Williams warned that removal of Britain's sodomy law was the start of a process that has led to more and more permissive laws, including equalising the age of consent laws for homosexual and heterosexual intercourse.

"Once you strip away all this stuff, what you get is no age of consent […] nobody ever enforces that law anymore," she said. "We already have a strong man-boy movement that's moving in Europe." (Paedophilia is, of course, illegal throughout Europe and anyone advocating it would be breaking the law).

She also described several cases in which she said people had been fired from their jobs for their opposition to LGBT rights and said people with views like hers are being silenced in the media and intimidated with the threats of hate-speech lawsuits. This was especially true, she suggested, when organisations like hers try to claim a connection between homosexuality and paedophilia.

"They hate the line of homosexuality being linked to paedophilia. They try to cut that off, so you can't speak about it", she said. "So I say to you in Jamaica: Speak about it. Speak about it".

She took issue with the notion that advancing such arguments in opposition to expanding legal rights for LGBT people was hate speech. On the contrary, she said, "We say these things because we're loving, we're compassionate, we're kind, because we care for our children […] It is not compassion and kind to have laws that lead people [to engage] in their sins [that] lead to the obliteration of life, the obliteration of culture, and the obliteration of family".

"Jamaica is one of the most dangerous places in the world for LGB&T people who suffer homophobic intimidation and violence on a daily basis, including from the police. The brutal murder of gay men is commonplace. The community lives in constant fear and is unable to access the legal and justice systems.

"Either Minichiello Williams did not know this, which is culpable ignorance, or she did know it and endorses it, which is sheer wickedness.

"The Archbishop of Canterbury and the House of Bishops' report on Human Sexuality have recently called on the Church to repent of its homophobia. And yet here is a Sussex member of the General Synod advocating the vilest form of homophobia in a most terrible cultural situation. What she has said and done is contrary both to the Church's Christian teaching and to common human decency. She has brought disgrace upon the Church of England and its General Synod as well as the Diocese of Chichester".

The Bishop of Chichester, Martin Warner, sought to distance himself from her remarks: "The comments by Andrea Minichiello Williams about the decriminalisation of same sex intercourse in Jamaica have no sanction in the Church of England or the diocese of Chichester. Insofar as such comments incite homophobia, they should be rejected as offensive and unacceptable.

"The Christian Church is widely perceived as homophobic and intolerant of those for whom same sex attraction is the foundation of their emotional lives. It is urgent, therefore, that Christians find legitimate ways to affirm and demonstrate the conviction that the glory of God is innate in every human being, and the mercy of God embraces each of us indiscriminately."

Terry Sanderson, President of the National Secular Society, said: "It is surprising that Andrea Minichiello Williams is a member of the Church of England's parliament. On the basis of this hatemongering she risks bringing the whole body into disrepute. I'm not sure what the procedure is for getting rid of representatives, but I would suggest to the Diocese of Chichester that they take urgent steps to make her step down. That would be a clear indication that they mean what they say about opposing homophobia".