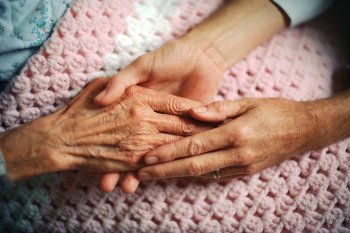 Just 8% of disabled people surveyed in a new Yougov poll for Dignity in Dying believe that disability rights groups should maintain their opposition to assisted dying.

The poll was launched by Disabled Activists for Dignity in Dying (DADiD), a group set up by Dignity in Dying and coordinated by disabled people, campaigning for those who have terminal illnesses to have the right to choose an assisted death.

The survey found that of 1,036 disabled people asked, 79% support a change in the law to allow the choice of assisted dying for terminally ill, mentally competent adults within strict legal safeguards. Support dropped by just under a third when asked about support for assistance to die to non-terminally ill people.

Greg Judge, Co-ordinator of DADiD, said: "This new poll shows that disability rights groups do not always represent the viewpoint of disabled people on all issues. This survey shows that it is time for disability rights campaigning groups to shift to a neutral stance on the issue of assisted dying; reflecting the different and varied views of disabled people in this country rather than dismissing the opinion of the majority as irrelevant.

"This survey finds that there is little difference in levels of support for assisted dying between people with disabilities and non-disabled people, as a previous poll this year found that over three quarters of the general public support this change."

Sarah Wootton, Chief Executive of Dignity in Dying said: "Dying people should not have to suffer against their wishes. Within upfront safeguards they should have choice and control over their own death. The current law, which turns a blind eye to compassionate amateur assistance to die, does not provide adequate safeguards. A new law will safeguard patients, protect family members and ensure the medical profession can be involved. Ultimately, Parliament must act and in doing so take account of the vast majority of people who support change regardless of whether they are religious or disabled."