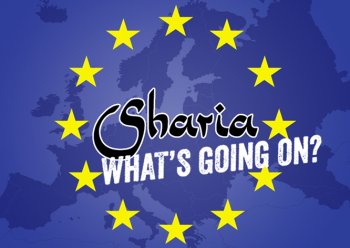 Hellen Fernanda Parra Florez, a Masters student in Public International and European Law at the University of Manchester, submitted the winning essay called "Sharia Law: No Place in Europe".

The competition, launched in April this year, was aimed at helping foster a more developed and rigorous understanding of sharia's reach and influence across Europe, and at helping highlight the type of abuses that are facilitated within this context.

Hellen's winning paper examines the way in which sharia courts function in a number of European states and reveals the extent of the encroachment upon these states' legal systems by sharia. Her essay seeks to show how "a distorted idea of multiculturalism and a culture of political correctness among politicians, academia and journalists go hand in hand to exacerbate the sharia problem in Europe."

On hearing of her success, Hellen said, I am delighted to have won this prize. I am passionate about human rights and freedom and I am very pleased that I have been given the opportunity to write about this, still, "taboo" topic. We should talk about sharia, we should debate sharia, we should criticise sharia and we should oppose sharia while at the same time ridiculing the insane and embarrassing political correctness that has gone from attempting to protect minorities to being their worst nightmare."

Secretary of the LSS, Charlie Klendjian, congratulated Hellen on her essay, noting that "we hope her hard work helps to shine a light on what is sadly a growing problem that very few people are willing to discuss or even acknowledge: the increasing prevalence of sharia law in Europe."

Charlie said, "It's absolutely vital that the United Kingdom, and especially its legal profession, takes a principled stand against sharia law, not just for those living in this country but in order to send the loudest possible message across the globe. What could be a more worthwhile use of a lawyer's time than defending the sacred principle of the rule of law and equality before the law?"

Hellen was awarded a prize of £300. You can read Hellen's essay here.