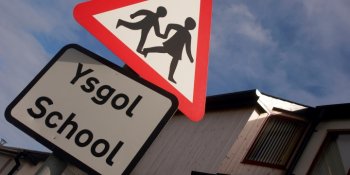 Despite the fact that Wales is being particularly badly affected by the current economic downturn, churches in the country are demanding that subsidies for transport of children to faith schools remain untouched.

As services provided by local authorities are slashed around the country, the millions of pounds spent on discretionary transport to faith schools is rising.

By law, councils must provide free transport if secondary school pupils live three or more miles away. But for pupils who travel to a faith school when a mainstream school is nearer, then the provision of transport is discretionary for the council.

Monsignor Bob Reardon, from the Catholic Archdiocese of Cardiff said: "I acknowledge that local authorities have to contend with quite drastic cutbacks to their budgets but to remove free transport for faith schools is a short-sighted decision. I can see it's pragmatic but the viability and sustainability of faith schools will be affected. Transport is essential to the sustaining of education in those schools. If the costs are prohibitive to families sending their children to faith schools then they will have to opt for the nearest local authority schools," he added.

The Church in Wales — which has 162 schools — will also be affected and has described the plans as "disrespectful".

There are about 250 faith schools in Wales, but it is Catholic secondary schools that are most likely to be affected by council cutbacks.

Only one council so far has cut free transport to faith schools – Neath Port Talbot. Wrexham council has withdrawn funding for all schools that are not closest to where the pupil lives.

Bridgend and Conwy are actively considering following suit. Bridgend, which will consult on the matter next year, anticipates it could save £500,000.

The council in Flintshire has decided to enshrine even greater religious discrimination in its policy by demanding to see a baptism certificate before funding free transport to a faith school.

A spokesperson for the Welsh Local Government Association, which represents councils across Wales, said: "Local government in Wales has entered the most difficult economic climate in its history, and every council will have to balance its reduced financial resources against a rising demand for public services. Local councils are doing everything possible to protect existing services but many non-statutory service areas, like the provision of out-of-catchment school transport services for faith schools, will be placed under severe financial pressure in the future. When considering changes to local school transport provision, councils have a clear legislative duty to actively promote access to education and training through the medium of the Welsh language, but no such statutory duty is in place for local transport arrangements for learners attending faith schools".

Terry Sanderson, president of the National Secular Society, said: "The selfishness and arrogance of these churches beggars belief. While services for old people and the disabled are cut, the churches demand millions of pounds of taxpayers' money to get children to their schools for indoctrination.

"It is a shame that these cuts are only being made for economic reasons — they should have been cut years ago — on the basis of their discriminatory nature."