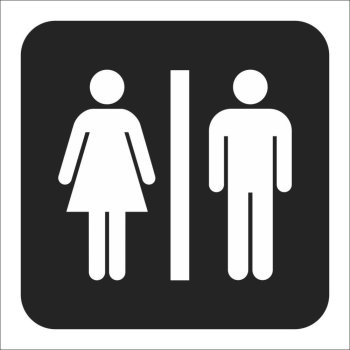 A report just published by vice-chancellors' group Universities UK, has advised that segregation by gender in talks from external speakers is fine, as long as men and women are sitting on a "side by side basis" and one party is not at a disadvantage.

The report, External speakers in higher education institutions, says that universities face a complex balance of promoting freedom of speech without breaking equality and discrimination laws. It seeks to support institutions in managing controversial external speakers on campus, after several recent arguments over their appearances.

Over the past year, there have been a number of reports of segregated seating events at universities. In March, at an event organised by the Islamic Education and Research Academy (IERA) and held at UCL, NSS Honorary Associate, Professor Laurence Krauss refused to participate unless the segregation policy was reversed. In April, it was alleged that a sign pointing women and men to separate seating areas was posted on the door of a debate at Leicester University.

Research carried out by Student Rights has found that discrimination through segregation at student events has become an increasing occurrence at many UK universities. Out of the 180 events logged by Student Rights as having radical preachers speaking at them, segregated seating on gender grounds was promoted or implied at more than a quarter of the events, at 21 separate institutions.

The Universities UK report says that the "genuinely-held religious beliefs" of speakers should be considered when deciding whether gender segregation can be defended. It argues that sometimes, by not implementing gender segregation, free speech may be curtailed since speakers who want a segregated audience will no longer want to speak.

It states: "...if imposing an unsegregated seating area in addition to the segregated areas contravenes the genuinely-held religious beliefs of the group hosting the event, or those of the speaker, the institution should be mindful to ensure that the freedom of speech of the religious group or speaker is not curtailed unlawfully".

Whilst the report suggests that segregation on the grounds of gender may be legal, it notes that there is an express prohibition in the Equality Act against segregation on racial grounds.

Universities UK has emphasised the importance of British universities promoting debate and free speech. Nicola Dandridge, Chief Executive of Universities UK, has said: "The guidance is not about the rights or wrongs of segregating an event by gender. Instead, it highlights the legal and other factors that universities must consider if they are addressing the particular circumstances outlined in this case study. The guidance does not promote gender segregation."

Ms Dandridge described the guidance as "practical" and there to "ensure that as many debates as possible on sensitive and emotive issues can continue to take place. By promoting free speech and open debate the rights or wrongs of gender segregation can be challenged and discussed."

Keith Porteous Wood, Executive Director of the National Secular Society, supported the central importance of free speech in universities, but rejected the notion that a speaker's right to free speech should extend to his or her determining that an audience be segregated on gender grounds.

He said, "Provided that they are not inciting violence, provoking a breach of the peace, prejudicing national security or slandering, speakers should be permitted to say whatever they wish, but controversial speech must be accompanied by adequate opportunities for opponents to express their views freely at the same gathering, subject to the same minimal restrictions.

"A commitment to Freedom of Expression does not extend to submitting to speakers imposing their own conditions which are, or should be, contrary to the values of the institution, such as the segregation of audiences, or the refusal to allow questions or challenges."