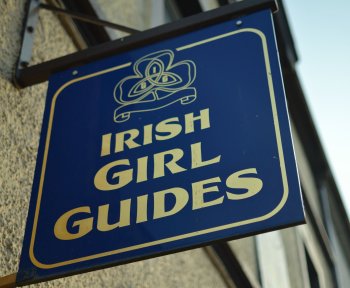 Churches in Northern Ireland have banded together to oppose the new secular Girl Guide Promise – with some suggesting that Guide troops will not be welcome in their premises if they do not revert to the previous religious oath.

The Church of Ireland, Methodist and the Presbyterian Church in Ireland have said they are "deeply concerned" and "distressed" about the "divisive and hurtful" new Promise and claim that Guides themselves want to retain the oath to God.

They want the Guides to go down the same route as the Scouts and keep a religious oath while offering a non-religious Promise to those who want it.

Andrew Brannigan, who leads the youth department at the Church of Ireland, has started a petition which asks to "reinstate the old Promise and include an alternative Promise for those that don't want to make a promise to God".

The Girl Guides introduced the new Promise in September of this year, replacing "to love my God" with "to be true to myself and develop my beliefs".

Mr Brannigan said: "Unless churches act now, this new Promise and all the threat that it is to our partnership with Guides, will be here to stay."

The former Bishop of Rochester, Michael Nazir-Ali, said that those groups that wish to use the original Promise should continue doing so despite the decision made by the Girl Guides national ruling body after extensive consultation.

Terry Sanderson, President of the National Secular Society, said: "I think the churches should accept the decision of an autonomous organisation and not try to impose their own rules on it. Imagine if the Church made a decision about its internal policies that the Girl Guides didn't like. I don't think they'd take very kindly to the Girl Guides trying to bully them into changing it."

Meanwhile, the fundamentalist vicar of Jesmond Parish Church in Newcastle, Revd David Holloway, claimed that the new Promise goes against the charitable object of Girlguiding which includes a commitment to help girls develop spiritually.

He also said that Church of England law forbids "vain" or "rash" promise making, and so for his church to endorse this pledge could be illegal. He said the Girl Guide troop that is "sponsored" by his church will continue to use the old Promise.