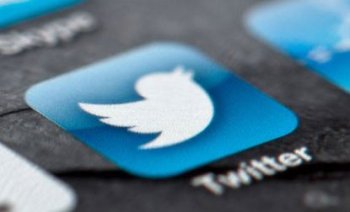 (Sanaa) – A Kuwaiti court on November 18, 2013, sentenced a Kuwaiti man to five years in prison for a Twitter comment about Sunni/Shia theology. The sentence in the Kuwaiti Court of First Instance against Musab Shamsah was the second in less than a month for insulting the Prophet Muhammad.

The Kuwaiti authorities should drop all charges against Shamsah for his peaceful religious comment, Human Rights Watch said. Kuwaiti prosecutors should stop bringing charges against people for their peaceful expression of religious, political, or other views.

"It's an insult to all Kuwaitis for the government to give itself the authority to decide what's insulting to religion, and to jail Kuwaitis for it," said Saeah Leah Whitson,Middle Eastdirector at Human Rights Watch. "Let each Kuwaiti decide what he or she finds insulting, and as simple as clicking 'unfollow,' decide whether they want to see or hear a message."

Local police arrested Shamsah in May for a tweet posted earlier that month, reflecting his opinion on the theological role of Muslim imams. The sentence was based on article 111 of the penal code, which prohibits mocking religion, with a maximum one-year sentence. In addition to that sentence, the court also convicted him of violating the 2012 National Unity Law, which criminalizes publishing and broadcasting content that could be deemed offensive to religious "sects" or groups, and for misusing his mobile phone to disseminate the objectionable comments, adding another four years.

Shamsah's lawyer, Khalil Ghulam, told Human Rights Watch that Shamsah pleaded not guilty to all the charges, contending that prosecutors had misinterpreted his tweet, which made a reference to the Prophet's grandsons. He said he had deleted it 10 minutes after publishing it, and clarified what he had meant in two subsequent tweets. His lawyer told Human Rights Watch that he would file an appeal on November 20.

Activists have explained that his tweets pertain to Shia and Sunni theological differences.

Since a political crisis in June 2012, Kuwaiti authorities have ramped up their efforts to limit free expression, charging dozens of politicians, online activists, and journalists with "offending"Kuwait's head of state, other regional leaders, and the Prophet, among other charges. Prosecutors have relied on vaguely worded provisions in the penal code, such as article 25, which sets out sentences of up to five years in prison for anyone who publicly "objects to the rights and authorities of the emir or faults him," or article 111, which sets out sentences of up to one year in prison for anyone who "mocks God, the prophets and messengers, or the honor of his messengers and their wives."

The authorities should drop charges against those accused or convicted of crimes solely for exercising their right to express critical views on any subject, no matter how sensitive, and should revoke articles 25 and 111 of the penal code, as well as the 2012 National Unity Law, Human Rights Watch said.

As a state party to the International Covenant on Civil and Political Rights and the Arab Charter on Human Rights,Kuwaitis required to protect the rights to freedom of opinion and expression. The United Nations Human Rights Committee, which provides the definitive interpretation of the covenant, has stated that, "Prohibitions of displays of lack of respect for a religion or other belief system, including blasphemy laws, are incompatible with the covenant," except where it "constitutes incitement to discrimination, hostility, or violence."

"Kuwaiti prosecutors appear to have designated themselves as expert theologians able to ascertain whether opinions on thousand-year-old religious matters might be offensive," Whitson said. "Don't Kuwaiti police, judges, and lawyers have anything more important to do than prosecute Kuwaitis engaged in religious debates?"