Dutch lawmakers may backtrack on plans to scrap blasphemy law 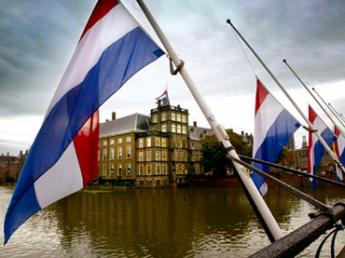 Dutch lawmakers appear to be having second thoughts about scrapping the nation's blasphemy laws.

Despite a majority of parties in parliament agreeing in 2012 that the law should be scrapped, there now seems to be a rethink in order to placate "minority religions". The blasphemy law makes it a crime to insult God, the monarch or to be disrespectful to a policeman. The legislation was introduced in the 1930s and has not been invoked for the past fifty years.

The Dutch parliament, noted for its liberalism, originally concluded that it was a threat to the nation's much-cherished freedom of speech, but now political necessity may change all that.

The issue came back to the fore after a court ruled that MP Geert Wilders, noted for his trenchant views about Islam, had every right to criticise the religion, even if his views offended many Muslims. Wilders, who leads the Freedom Party, had described Islam as "fascist" and compared Islam's holy book, the Koran, to Adolf Hitler's autobiography and political manifesto "Mein Kampf". Amsterdam judge Marcel van Oosten said Wilders' statements were directed at Islam and not at Muslims. Van Oosten said the statements were "gross and denigrating" but still "acceptable within the context of public debate."

Wilders said at the time that the verdict was "not only an acquittal for me, but a victory for freedom of expression in the Netherlands."

Now the Nos Television channel reports that doubts are creeping in among leaders of both main political parties. In a debate on Tuesday in the upper house of parliament, or senate, Labour senator Nico Schrijver said that repealing blasphemy laws would result in minorities feeling insufficiently protected against their religious sensibilities being hurt.

VVD senator Heleen Depuis said if Christians feel threatened by blasphemy then you can reason that their freedom of religion is being compromised and that the legislation should stay.

Some suspect that the real reason the coalition Government is backtracking is because it recently agreed to work more closely with the minor religious parties ChristenUnie and SGP to ensure majority support for its economic policies. Both these religious parties strongly oppose ending the ban on blasphemy.

The senate will vote on the plan next Tuesday. The motion was passed by a large majority in the lower house of parliament.

This has happened before – in 2008, a coalition government decided against repealing the blasphemy law in order to maintain support from a conservative Christian political party.