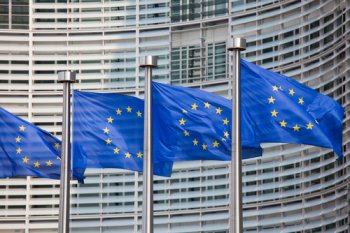 Next Tuesday (22 October), the European Parliament will vote on a report on Sexual and Reproductive Health and Rights that has been put forward by the Parliament's Women's Rights Committee. The report comes as part of a major initiative by pro-choice MEPs, and seeks to help promote the sexual and reproductive health and rights (SRHR) of EU citizens and beyond.

Its call for convincing and positive action to promote SRHR comes within the context of virulent anti-choice opposition in several EU countries (e.g. Spain and Hungary) as well as within European institutions (e.g. the Parliamentary Assembly of the Council of Europe, the European Committee of Social Rights and in the Parliament itself).

During the committee stage, the report met with opposition from a group of conservative MEPS. They tabled a vast number of amendments, most of which sought to restrict the reproductive and health rights of women. Many related to the protection of the human embryo (relying on the controversial ECJ Brüstle decision) and the extension to the scope of conscientious objection. These amendments were rejected however, with the report instead noting the role of conscientious objection in denying many women access to reproductive health services, such as information about, access to, and the purchase of contraception, prenatal testing, and lawful interruption of pregnancy. The report highlights the need to regulate and monitor the use of conscientious objection, so as to help guarantee that reproductive health care is provided as an individual's right.

It recommends that high-quality abortion services, as a human right and public health concern, should be made legal, safe, and accessible to all within the public health systems of EU States.

The report also stresses the importance of providing comprehensive and non-discriminatory SRHR information, education and services, through a rights-based approach, that promotes a positive view of LGBTI persons, and helps in the fight against stereotypes and all forms of gender violence.

Despite the Women's Rights Committee rejecting the conservatives' amendments, we understand from MEPs that religious groups have been vigorously mobilising and lobbying MEPs to vote down the report.

In response, the European Humanist Federation (EHF) has been asking people to write to the MEPs of their country in order to urge them to vote in favour of the report on the 22 October, in order to block further anti-choice opposition and to ensure that the European Parliament commits to promoting the basic rights of women in terms of their sexual and reproductive health. You can find a copy of the EHF's model letter here.

This approach helped ensure the adoption of another report relating to the rights of women at the European Parliament. On Tuesday 8 October, the Parliament adopted a report relating to the largely unreported but significant problem of gendercide (a term referring to the systematic, deliberate and gender-based mass killing of people belonging to a particular sex – mostly commonly female infants). This report was aimed at combatting gendercide whilst preserving a woman's right to access sexual and reproductive services. It affirmed that gendercide remains a crime and a severe violation of human rights, and focused on the core and root reasons of gendercide in societies: son preference, gender inequality and rooted patriarchal culture.

During the legislative process, opponents to women's rights and gender equality in the European Parliament attempted to hijack the report by arguing that only by restricting access to sexual and reproductive health services altogether can we eliminate gendercide and pre-natal sex selection. They intentionally conflated abortion for the purposes of sex-selection with coercive abortion, forced abortion, and voluntary abortion. They argued for a cut in all EU funding to SRHR, a restriction to women's access to SRHR services, and tabled a number of anti-choice amendments.