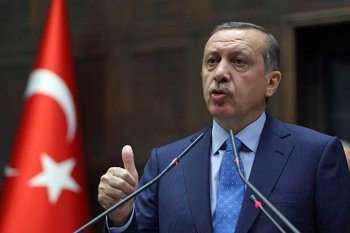 Turkey's Islamist Prime Minister, Recep Tayyip Erdogan, yesterday continued his programme of Islamisation of the country by lifting the ban on the wearing of Muslim headscarves in public offices.

It is the latest move by Mr Erdogan in dismantling the secular reforms made by the founder of the modern Turkish state, Kemal Ataturk, that have been in place since 1924. Last month tough new restrictions were introduced on the sale and advertising of alcohol, and many secular activists see this as the precursor to a total ban.

Judges, prosecutors, the police and military personnel will still be banned from wearing headscarves.

Analysts said the symbolism of the move was powerful. "This pretty much goes against the legacy of the Turkish nation-state project," said Ziya Meral, a London-based Turkey analyst. There is also unease among secularists in the army who regard the restrictions of Islamic dress in public offices as a strong symbol of the separation of religion from the state.

The resurgence of Islam was illustrated again this month when an Istanbul court handed a 10-month suspended jail term to pianist Fazil Say over social media posts deemed "religiously offensive."

The package of reforms, that include some much-needed relief for the persecuted Kurdish minority, also abolish the daily reciting in schools of a nationalist oath praising Ataturk that was introduced in 1933.

Large-scale street demonstrations in Istanbul and Ankara in June showed a polarisation of feeling among secular and religious Turks about the creeping Islamisation of their nation. The ruling Islamist AKP party ruthlessly suppressed these demonstrations, further alienating and enraging the opposition.

Gürsel Tekin, vice-president of the main opposition People's Republican Party, said: "The mountain has given birth to a mouse. It's a package that is meant to soothe people but it's not making anyone happy."

Mr Erdogan has promised more reforms. "It is not rational to expect this package to meet all the problems of the country, although we wish we could do this." he said.