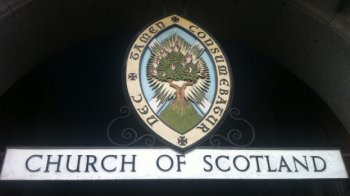 Edinburgh Secular Society (ESS) has lodged a petition with the Scottish Parliament calling for an end to the legal obligation on local authorities to appoint three unelected religious representatives to sit on their education committees. The move is being supported by the National Secular Society.

At present every one of Scotland's 32 local authority education committees in Scotland is legally obliged to appoint three religious representatives.

In most areas two religious representatives are nominated from each of the Catholic Church and Church of Scotland, with one other being appointed by the local authority.

The results of the 2011 census show that almost half of all Scots profess no religious beliefs. This figure is higher among young people. There is no mandate for this privileged influence over our education system.

Religious representatives are accountable only to their respective religious organisations and cannot be voted out by the public, yet they have full voting rights on the committees. The Church of Scotland has recognised this, reporting that ". . . Church representatives hold the balance of power on 19 local authority committees".

A spokesperson for the ESS said: "That religious representatives have a direct influence on the education of our children is an unwelcome throwback to when churches used to run our schools prior to 1872.

"ESS recognises the historical role that religious organisations played in the early education system; however changing demographics of our increasingly secular society make the current position untenable. It is profoundly undemocratic and needs to change.

"Education committees may choose to draw on the wisdom of many advisory bodies experienced in the education of children, but why are religious leaders directly involved in governing the local education system? They should be free to give their counsel like any other individual or group but should not have a direct role in governing the education system. Even if they wanted to, groups like humanists, secularists and atheists are prevented from taking up a seat as a religious representative as they do not have a "place of worship" which the legislation requires."

ESS has published the names of all the religious nominees on Scotland's education committees.

Colin Emerson, ESS Vice-chair said: "To afford a particular section of society a privileged position within the decision making process of local government, based solely on their particular and personal religious beliefs, is profoundly and inherently undemocratic, unfair and discriminatory. It strikes against those specific virtues of justice and integrity underpinning our society and which lie at the heart of the Scottish Parliament."

The initiative is also supported by Patrick Harvie, MSP for Glasgow and a National Secular Society honorary associate, who commented: "In a society in which increasing numbers of people don't practice any religion, it's high time that we questioned a practice which gives religious hierarchies an influence over every child's education. I'm particularly concerned at the involvement of people who would promote utterly unscientific notions like creationism; pushing this absurd ideology at children is the very opposite of education."

Alistair McBay the Scottish spokesperson of the National Secular Society said: "From the evidence we have of churches leveraging their chaplaincy roles in schools and the religious observance guidelines for the purposes of evangelism, so they also leverage these undemocratic positions for their own self-serving interests. Why else would the Kirk, for example, highlight these roles in its Education Committee work plan and provide training courses, handbooks etc. so as to provide "better trained local authority reps able to be more effective on LA Education Committees". Effective for whose ultimate benefit, exactly?"