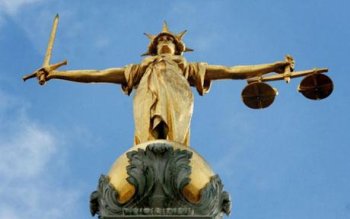 The Magistrates Association has rejected a proposal from one of its members that it should end the swearing of oaths on holy books in court.

The Association debated the motion, which would have replaced Bible oaths with a promise from witnesses that they would "very sincerely tell the truth" but in the end voted against the proposal.

Witnesses will still be able to hold the Bible and say: "I swear by Almighty God [to tell] the truth, the whole truth, and nothing but the truth".

Other faiths can take the oath on their own books – Muslims on the Koran, Jews on the Old Testament, for example.

Atheists are allowed to "solemnly, sincerely and truly affirm" instead of swearing.

The new proposal, which was put forward by Bristol magistrate Ian Abrahams, would have required witnesses and defendants to promise to tell the truth and say: "I understand that if I fail to do so, I will be committing an offence for which I will be punished and may be sent to prison".

The Magistrates Association represents about three quarters of the 23,000 magistrates.

Meanwhile, in Ireland, six of the President's seven nominees to the Council of State have made a submission to the Convention on the Constitution asking that it consider the appropriateness of office-holders having to take religious oaths.

The nominees point out that article 31.4 of the Constitution reads: "In the presence of Almighty God I . . . do solemnly and sincerely promise and declare that I will faithfully and conscientiously fulfil my duties as a member of the Council of State."

In their submission, the six say: "The respect due to religion and to those who profess religion is of course sacrosanct. But to require a citizen to publicly profess a faith — any faith — as a precondition to enter and hold public office serves neither religion nor the ideal of a public space open to all who are willing to contribute to the common good in a Republic."

The President's seventh nominee to the council was historian Prof Gearóid Ó Tuathaigh.

The six said: "This issue came to our attention recently at the first meeting of the Council of State called by President Higgins (July 29th, 2013). Our core concern is the reference to religious beliefs in the relevant oaths and declarations as a pre-requisite to taking public office".

They were approaching the issue "from the perspective of what it means to take seriously the Republican form of Government . . . We are also conscious of the increasing diversity of our society today compared with society at the time the Constitution was adopted".

The requirements of article 31.4 "could exclude or cause embarrassment to atheists, agnostics and humanists. It could also be unacceptable to Quakers and other Christians who do not approve of religious oaths, and to members of some other non-Christian faiths", they said.

They further noted that "the Constitution requires similar declarations to be made by the President him or herself and all members of the judiciary" and that this too should be considered by the convention. The courts "already allow witnesses and members of juries to choose between taking a religious oath, under various forms, and making an affirmation with no religious references", they said.

The Council of State, which offers advice to the President when asked, comprises the appointed members, and senior office holders, including the Taoiseach and Chief Justice, as well as former such office holders and former presidents.

Welcoming the submission, Atheist Ireland recalled how at the Council of State's meeting last July, "Tánaiste Eamon Gilmore had to swear the religious oath, despite being publicly on record as saying that he does not believe in God. He said that he had taken legal advice, and that he had a constitutional obligation to swear the oath."

Terry Sanderson, president of the National Secular Society, said: "It was the founder of the NSS, Charles Bradlaugh, who succeeded in getting the Oaths Act passed in 1888. This gave everyone the right to affirm rather than swear a religious oath in parliament and in courts. It has taken a long time for institutions such as the Scouts and Guides to catch up, but they got there in the end. We hope that the Irish Constitutional Convention will grant the request of the six nominees to the council of state and bring Ireland into the nineteenth century".