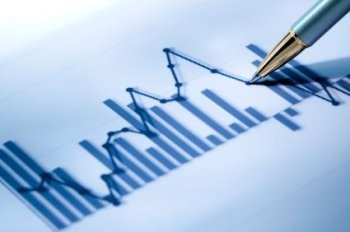 A new analysis of a survey undertaken in 2000-1 that looks at the way English people use their time has revealed that religious activity is something that the English are least likely to engage in.

The new analysis is reported in the October 2013 issue of Future First, a bi-monthly bulletin from the Brierley Consultancy "aimed at providing information for future planning for church leaders, those responsible for leading Christian agencies, researchers, academics, and anybody interested in the way that the Church is moving at this time".

The UK Times Use Survey was based on detailed diaries kept by randomly selected households. Every individual in the household was provided with a diary.

The analysis showed 90% of adults do no religious activity at all on Sunday, more than 95% do none on Saturday, Fridays or Wednesdays. 98% do none on Thursdays, Tuesdays or Monday.

The findings are summarised in Future First by Professor Steve Bruce and Tony Glendinning of the University of Aberdeen as follows:

"There is little religion in any form practised in public or private. Less than 11% of adults in England engage in any religious activity whatsoever (including personal prayers and meditation and consuming mass media religious programming) of any duration at any point during a typical week. Less than 7% attend church on a Sunday. This study offers little support to the postulate that the decline of conventional church-going has been offset by an increase of alternative religious activity."

Terry Sanderson, President of the National Secular Society, said: "This survey was conducted more than a decade ago and since then the number of people describing themselves as religious has fallen by more than 10%. It is likely that if this survey were to be repeated a similar downward trend would be apparent. Although it is difficult to know how much further this could fall before it became statistically insignificant."

Meanwhile, a new Yougov poll shows that atheists are regarded as the least discriminated against people in the country.

Interviewees were shown a list of groups and asked how much discrimination they thought each suffered in Britain today. When the percentages replying 'a lot' or 'some' was combined, the mentally ill were regarded as the most likely group to suffer discrimination (67%) followed by gypsies/travellers (62%); transsexuals (60%), and immigrants (58%).

57% thought Muslims were discriminated against, while 25% thought Christians were; 34% thought Jews were: while only 10% thought atheists were – the lowest figure.