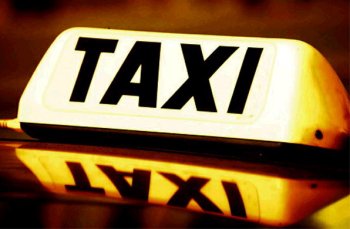 A Muslim taxi driver in East Sussex has been given 12 penalty points after he refused to carry a disabled woman in his cab because she had an assistance dog with her.

He claimed it was because of religious objections to the dog that he told the woman to find another taxi.

The driver contacted his local imam for advice and was told that he should have taken the woman and her dog and then atoned for the religious breach later.

Wealden District Council's licensing sub-committee discussed the matter on 2 October, and considered whether the driver was still considered a fit and proper person to hold a taxi licence.

The committee decided that the driver, who was not identified, had sought religious direction on the matter, and that he was now fully aware of his duties as a licensed driver and that he should not lose his job as a result of the incident.

Dave Stitchman, owner of East Grinstead's King of the Road Cars taxi firm, said he would have respected the driver's religious beliefs. He told the local newspaper: "I have not ever had a Muslim driver at the firm but we once had a Turkish man who just didn't turn up on his first day. Personally I would have tried to resolve the situation quickly to help both the taxi driver and the client.

"I'm not too sure what the rules of Ramadan are so I would have a quick look on the internet and tell the driver what he can and can't do. I would explain the situation to the client and be honest and up front about the reason why the driver feels the way he does."

Terry Sanderson, President of the National Secular Society, said: "There seems to be some confusion here about what the law permits. The Equalities legislation makes it quite clear that services cannot be refused on the grounds of disability and this taxi driver was clearly in the wrong trying to put his religion before the law.

"Mr Stitchman seems to think that it would have been OK to put the driver's beliefs above the needs of his customer. It is not. Leaving a disabled person potentially high and dry like this simply cannot be countenanced. Suppose there had been no other taxis, what then?"